Fordyce is beautiful. If you had to paint an idyllic Scottish village, it would look exactly like that: stone houses, winding streets and well-kept gardens. There is nothing here that disturbs the idyll, not even a pub. There used to be a boisterous annual market, but not anymore. 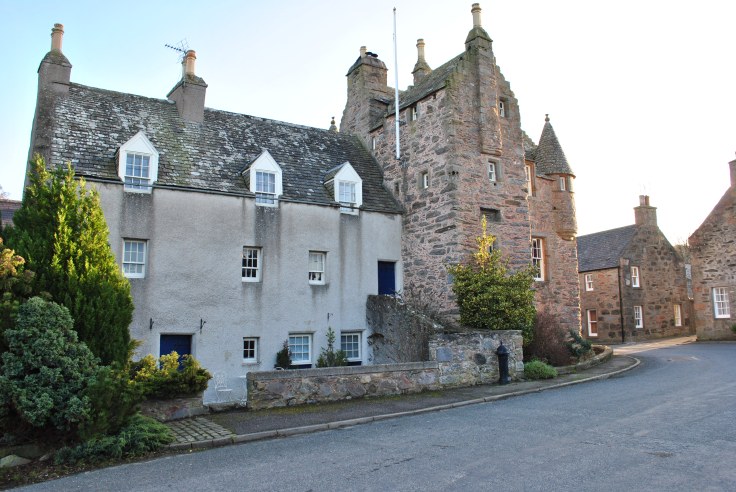 A small castle on the corner of the street and an ancient church and cemetery, dedicated to  Talarican, a Catholic priest from Ireland, make Fordyce special. The people of Fordyce have been praying to God here for over 1000 years. One of them rather prayed to herself, though, because from Fordyce came a woman, who worshiped herself. She founded what was probably the most unusual sect in Scotland. Her name was Elspeth Simpson, later Mother Buchan and her sect was called the Buchanites. 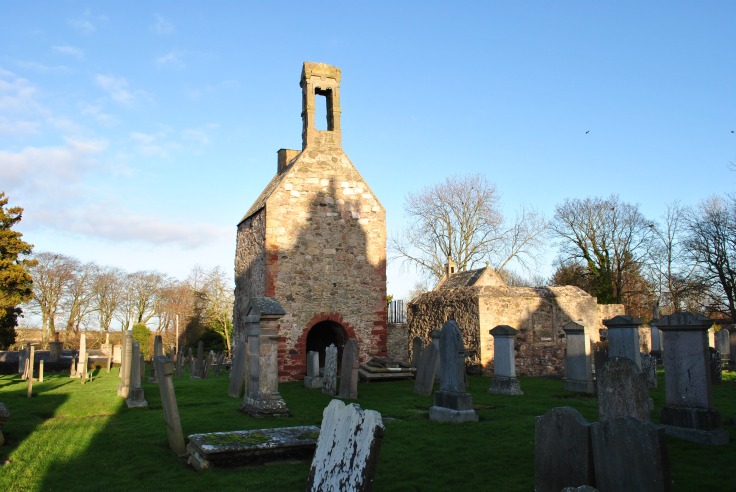 Baby Elspeth was born in 1739 in the Parish of Fordyce, her father was John Simpson, who owned an inn nearby, the mother’s name was Margaret Gordon. When her mother died, a relative took care of her, and is said to have given Elspeth a good upbringing. This relative married a farmer from the West Indies and set about emigrating. Elspeth, who was supposed to come along, jumped ship in the proverbial last second and stayed in the Greenock instead. Life must have seemed wild and exciting to her after the quietness of Fordyce. From now on she was on her own.

She worked as a maid and married a potter named Robert Buchan, originally from Banff. They had three children. Robert wanted to return to his hometown Banff, so the family moved north again, but Robert’s pottery was not exactly successful and he left his wife and children and disappeared to Glasgow.

Elspeth changed. The apparently headstrong young woman became a religious fanatic. Sometimes she fasted for weeks and neglected the children, annoyed her neighbours and finally made life so difficult for everybody, that she was forced to leave and stay with her husband in Glasgow. There she met Reverend Hugh White from Irvine, who had problems with the church himself because of his rather unorthodox teachings. The two got close and Elspeth more and more extreme until she was finally convinced she was a prophetess and figure from the Bible, who was not only immortal, but could also immortalize others by breathing down on them.

There were people who believed her and a small sect full of people with the desire for immortality formed around the woman from sturdy Fordyce. The group travelled from place to place in Scotland, hoping to settle, but often forcibly evicted as soon as their views became apparent. Not every landlord fancies a prophetess as a tenant.
Elspeth is said to have worn an extraordinary red robe and her followers were mostly very young women. Hence the name Mother Buchan, she was clearly the leading figure in this whole scheme.

The group abolished marriage, children were brought up by everyone. After two broken and rather chaotic attempts (once the stage broke down) to ascend  to the sky, some followers left the group but others still fervently believed in their prophetess from Fordyce. Elspeth Buchan died on March 29,1791, but promised the other members of the sect to return within six days. After all, she was immortal. But only if the faith of the followers was strong enough. If not, it would take longer for her to come back.

Their faith was not strong enough. 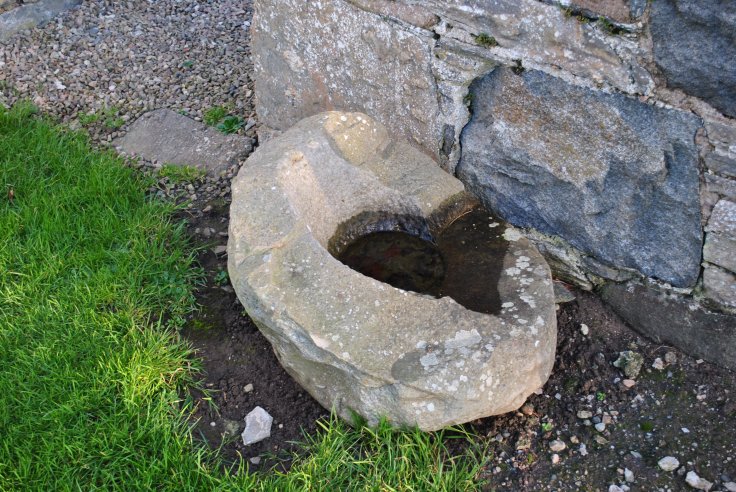 Her body was not buried in a graveyard, as the others made the authorities believe, but buried in the kitchen of the farm where the group lived at the time. The 50th anniversary of Mother Buchan’s 50th death drew close and she still hadn’t come back. Then one of her last remaining followers faced death and he wanted his body to be buried on top of hers, so she would wake him if she woke and finally rose again.
Elspeth Buchan’s mummified body was discovered that same year in Newhouse, Crocketford, Dumfriesshire. The remaining followers of the sect are said to have been buried in a small cemetery on the farm grounds after their death.
Still none of them have risen.

In Fordyce nothing reminds visitors of Elspeth Buchan, née Simpson. They are probably not particularly proud of being the Parish where she came from. 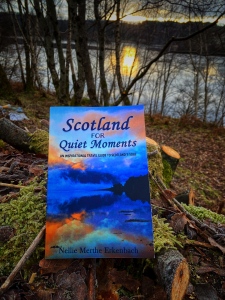