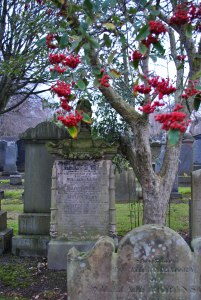 Nellfield Cemetery, a large graveyard that goes back to the first half of the 19th century. Hidden away behind high walls in Aberdeen’s west end, the cemetery seems to hide a history that is not a pleasant one.

In the summer of 1899, at six o’clock in the morning, official excavations disrupted the peace and quiet of Nellfield

“The exhumation teams found un-coffined corpses, human skulls and bones crammed below the paths. Gravediggers broke up the coffins in their tool house, the shed where they kept their tools, and then burned the bits in a furnace close by the cemetery. A nearby pit was found to contain four hundred coffin handles, coffin nameplates and ashes. Some bodies had been doubled up and buried two feet below the surface and the bodies of two women had been crushed into one coffin. … Checks of ledgers listing burials revealed that bodies had been lifted without the knowledge of the relatives and re-interred elsewhere in the cemetery.” (Norman Adams)

Shocking incidents in an affair that was soon to be known as the “Nellfield Cemetery Scandals.”

Enraged citizens threatened cemetery factor Warren. He was a baker and sold no more bread in his shops, the Aberdonians did not take kindly to the factor after all the facts were known.  But at the core of the scandal was another man: William Coutts, the cemetery superintendent. He was already arrested and in prison, when the scandal became public.

“His job, which brought a salary of  £70 a year and a free house, had been advertised and was expected to be filled soon. There would be sixty applicants from all over the country.”

The trial opened in September of the same year. It found that Coutts had not done it for his personal gain. He had increased the profit of his employers but not his own. Therefore he was found guilty of a violation of sepulchres. He was sentenced to 6 months in Craiginches prison. (Norman Adams)

It wasn’t greed that made them do it, just negligence, sluggishness and ignorance. It will have taken some time to restore trust into Nellfield Cemetery.

Everything seems very much in order at Nellfield Cemetery today. Clean and straight against the blemishes of the past.

The “Nightmare at Nellfield” is history. 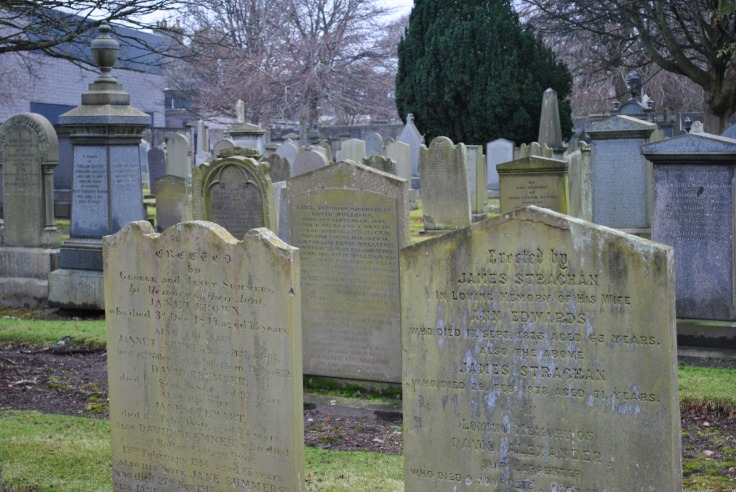