The churchyard in Inch in the southwest of Scotland is in no way exraordinary. The parish church austere and grey, the graves ordered and well kept even though the village of Inch doesn’t exist anymore.

Old funeral customs in Dumfries and Galloway were elaborate and in parts rather strange.

One custom, was known as the dead days. All work on the farms had to come to a standstill when someone died. Even the most pressing task like sowing or harvesting could not be performed once death occured. Some even confined the cats under a tub for fear they would jump over the body, which could affect the welfare of the spirit of the deceased. 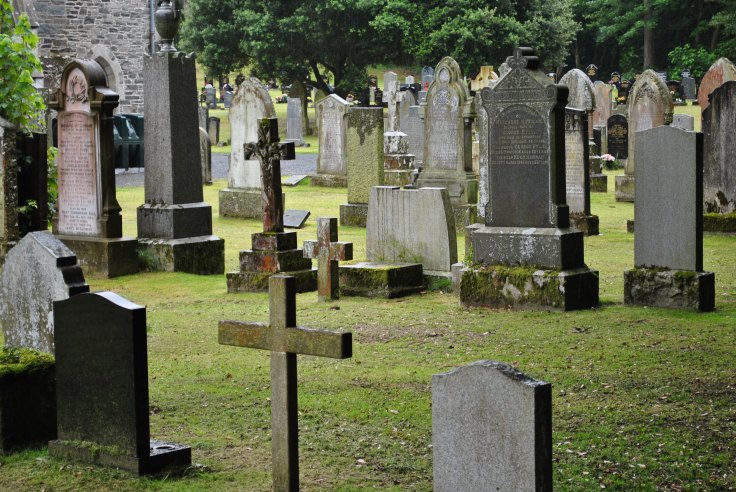 Sin-eatings was another custom in the area. A plate of salt would be put on the body’s breast, it is not completely clear, why. Posibly to stop the body from swelling as decay set in. The sin-eater would then place a piece of bread on the plate with the salt and eat it. Doing this he would absorb all sins of the dead person. 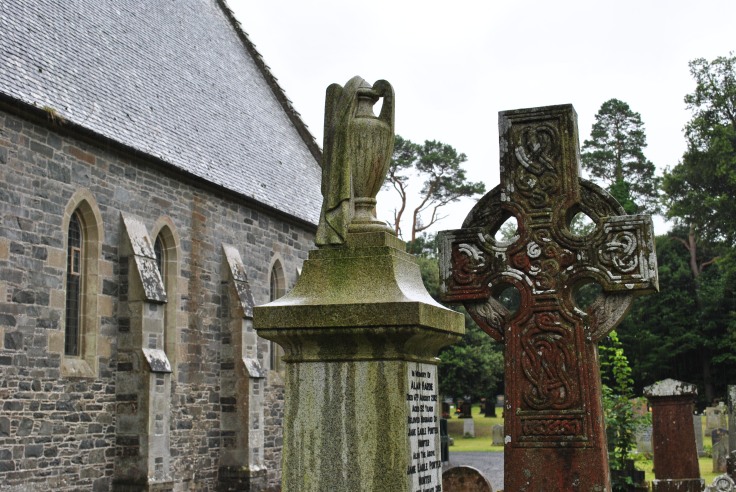 Family and friends would then watch the dead through the long hours of the night, the so called waulking (watching) of the dead. The candles used were carefully extinguished in the moring and used again for the death-watch of their owner.

A ssemingly extinct custom but well in practice in Dumfries and Galloway in the old days was the whispering to the bees, where news of a death would be whispered to a bee hive, then a black ribbon would be attached to it. The bees would spread the bad news.

In her absolutely amazing book Scottish customs From then Cradle to the Grave, Margaret Bennett has collected an extensive and enlightening amount of funerals rites and customs throughout Scotland. The above mentioned customs were remembered by J. Maxwell Woood in 1911.