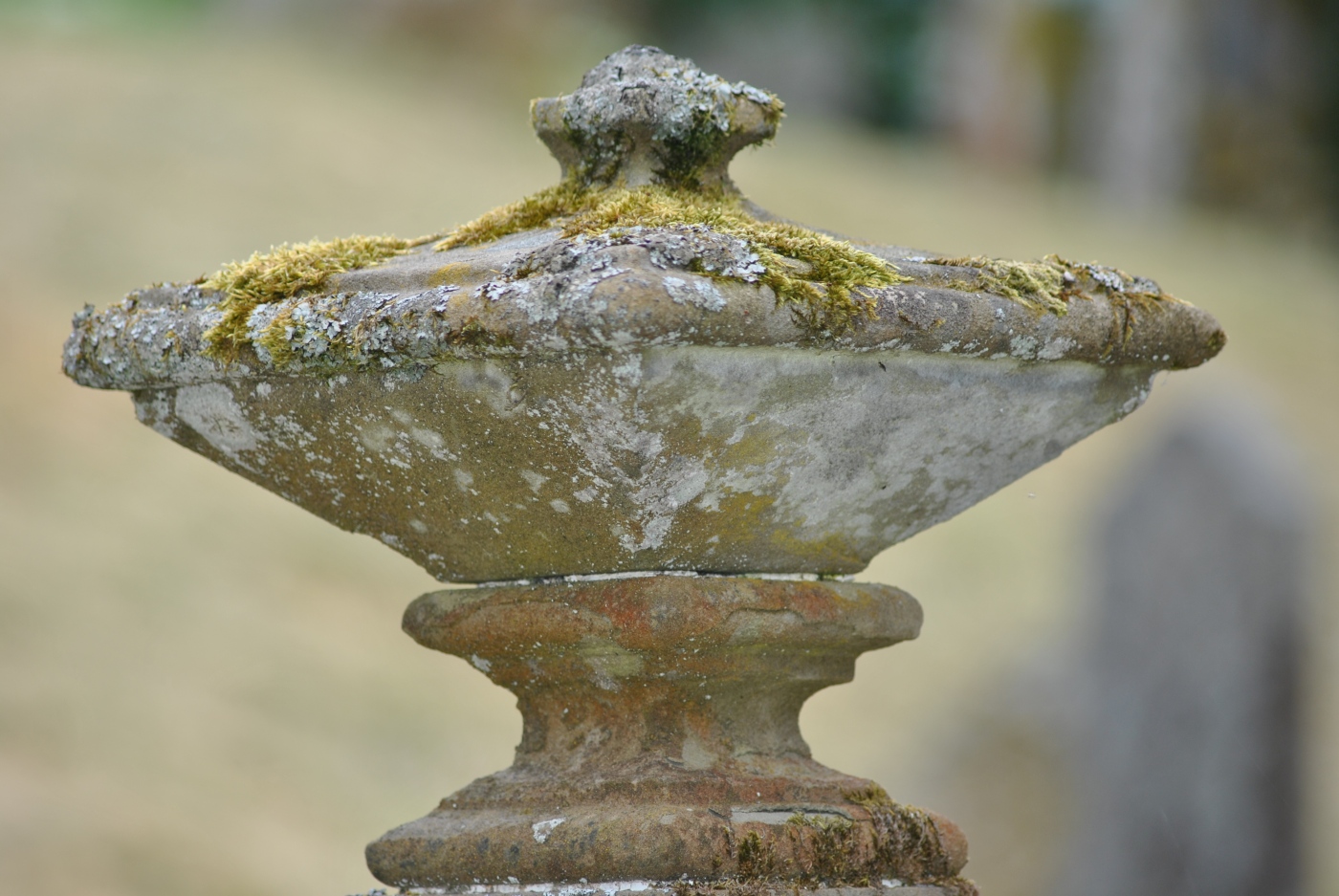 Killin Old Kirkyard is not in use anymore, the last burial took place in March 1994. Then the graveyard was closed; no more bodies to be interred here.

On the banks of the River Lochy, behind the Killin Hotel, Killin graveyard is entered through an old gate. Sometimes hotel staff sneak out here for a smoke, otherwise the place is quiet. Most tourist head for the Falls of Dochart and miss this beautiful spot. 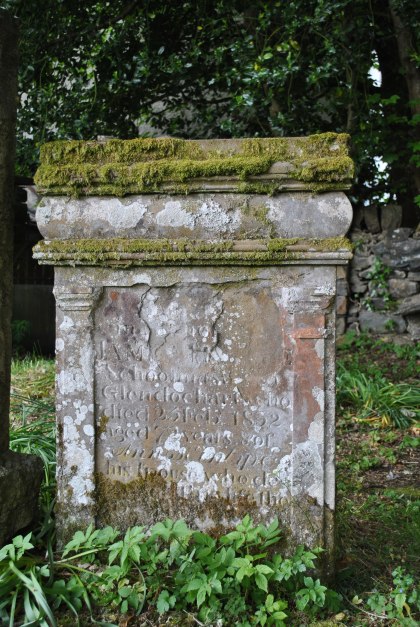 Further away the MacNab Clan had its own private burial ground. This was the public burial place in Killin. The name means white church in Gaelic, Cill Fhinn and suggests the existenece of a church in the area a long time ago. This first Celtic church was probably not built here but later ones would have stood within the graveyard. 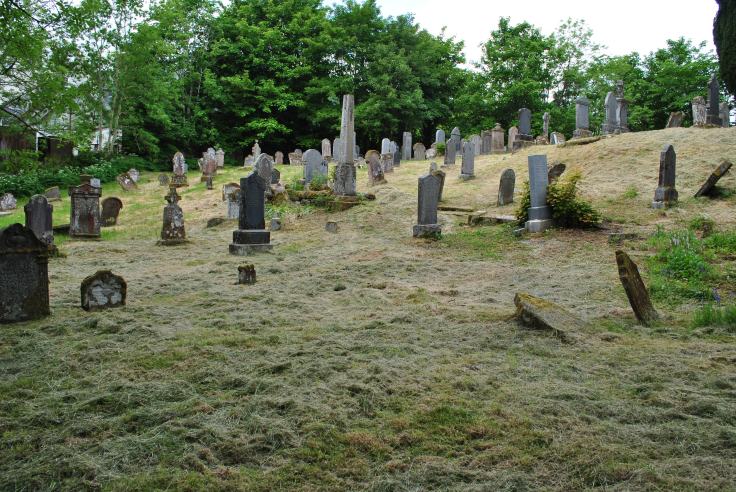 The 18th century brought many changes to Killin, one was the settling of Flemish weavers that were brought in by the 2nd Earl of Breadalbane. This foreign workforce lived in houses close to the village. If any of them were buried in the graveyard is unclear. They seemed to have remained strangers within the community, the little knoll where they lived just outside the village is still known as Ard-nan-Gall, the Hill of the Strangers.

But weaving, wool and flax were very much a community occupation.

The Statistical Account for 1793 states that in the Parish of Killin there were: 63 Weavers, 38 Tailors, 36 Wrights, 26 Shoemakers, 20 Flax Dressers, 10 Smiths, 9 Masons, 8 Coopers, 4 Hosiers and 1 Dyer. It must be remembered that the “Parish of Killin” includes Tyndrum, Crianlarich and several other smaller settlements. 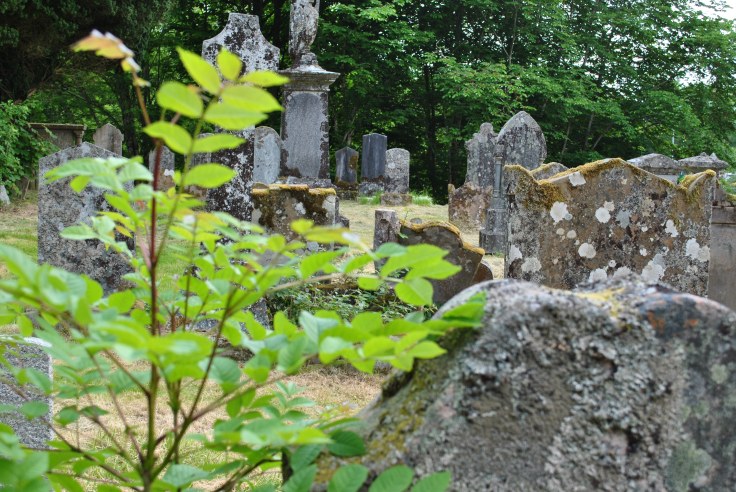 What sounds like a thriving community was apparently also a very healthy one. According to Shearer’s Guide Killin was the place for a long life.

Killin and neighbourhood is considered very healthy, and many of the natives live to a good old age. One old lady attained to 112 years, and another to over 100. It is recorded of one, Hugh Cameron, who died in 1817, that he reached the great age of 115 years.

It might seem strange to think about long life on a graveyard but at the same time it is rather appropriate: Death and old age and the old graveyard in Killin.