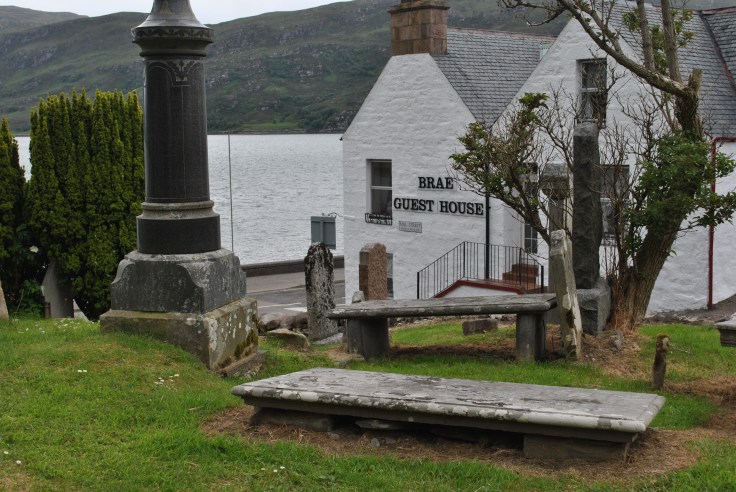 The burial ground in Ullapool’s Mill Street is called old but it is in fact fairly new. Ullapool is fairly new, it was designed and constructed in the late 18th century. This is a burial ground and not a graveyard or kirkyard, where the burial place is part of a church.

There was a chapel here once, remains are still visible, the building was older than the graves for it was a Catholic chapel and therefore been here since before the Reformation. The chapel served Bonnie Prince Charlie after the defeat of Culloden (1745) and the young Pretender’s subsequent odyssey through Scotland, as a hideout. There was no graveyard and no town here, then.

The Prince was not discovered and later managed to escape to France from further south. That he remained undiscovered in such an obvious hiding place can only be down to the support he still got in this area. This was once Mackenzie land offering strong support for the Jacobite cause.

Ullapool is a small town but the urban centre of the area nevertheless, a fishing and ferry port, the vessels transporting goods and passengers to the Outer Hebrides, to Stornoway on Lewis. The whole town was in fact built for fishing and the herring boom by the British Fishery Society to the design of Thomas Telford.

“The deed which recorded title of the land at Ullapool to the Society is dated 15th September 1804 and was conveyed by John Lord MacLeod, the heir to the third Earl of Cromartie, on 25th February 1788. He came into the owner ship of Coigeach (which included most of Lochbroom and of course Ullapool) by Act of Parliament on 18th August 1784, which restored the estates, which had been forfeited by his family after the 1745 Rebellion.” (Ullapool.co.uk) 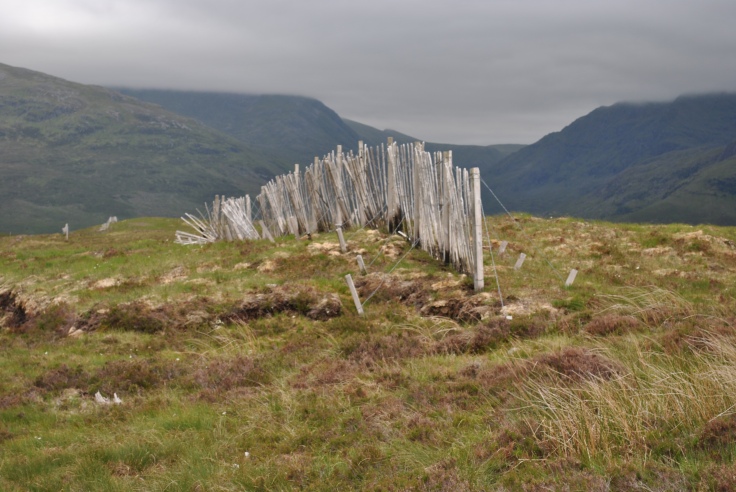 Here in Cromarty hid the failed pretender to the throne. He was among friends, George Mackenzie,  3rd Earl of Cromartie fought with Charles Edward Stuart at Culloden and was caught in April 1746 in Sutherland. He kept his life but lost his title. The price was high, he was not allowed to enter Scotland ever again. He died impoverished in London.

Charles Edward Stuart also never returned to the country he wanted to be king of. He died in Rome in 1788. The very year when the creation of Ullapool started.