Agnes was the daughter of a great father who had fought with King Robert the Bruce at Bannockburn, and in the following decades, continued to make military forays into England. He was a hero. After Bruce’s death, he was Regent of Scotland for a while.

Like her father, Agnes’s husband was in constant combat against the English. If he was on one of his military forays, then it was up to Agnes to manage the castle, and if necessary, to defend it. She was put to the test in 1338, when an English army under the command of the Earl of Salisbury approached, trying to take castle. A castle in which there were hardly any men left, just women and children. 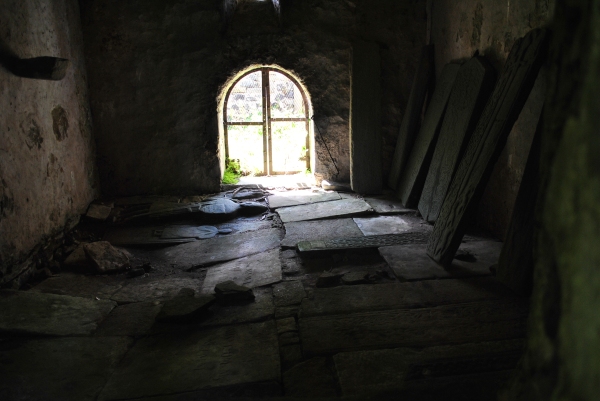 This is a graveyard well worth visiting, because of the view of the Sound of Gigha, because of the abundance of beautiful old headstones and because this is an ancient place of worship, established 800 years ago in 1222. A few years later Alexander II gave it to the bishoprick of Argyll.

Lindores Abbey is now not more than a few crumbling walls. However, signs within the romantic ruin point to a darker past. Many a death has occurred here. Many bodies were take to this place. This was once a graveyard to the rich, the famous and the ill-fated. These are the horrors of Lindores Abbey.

nd had crossed the Ord, the southern border of their country, on a Monday, it was from now on an unwritten law that no Sinclair should wear green or possess the stupidity to cross the border on a Monday.

Scottish battles, like many other battles, scarred the nation’s memory for a number of reasons: many losses suffered on one or both sides, the exploits of individuals, or the length of time they raged. Prestonpans was one of the shortest battles in Scottish history, lasting just under ten minutes.

been told with a focus on facts and intention of making sense of the gruesome details. 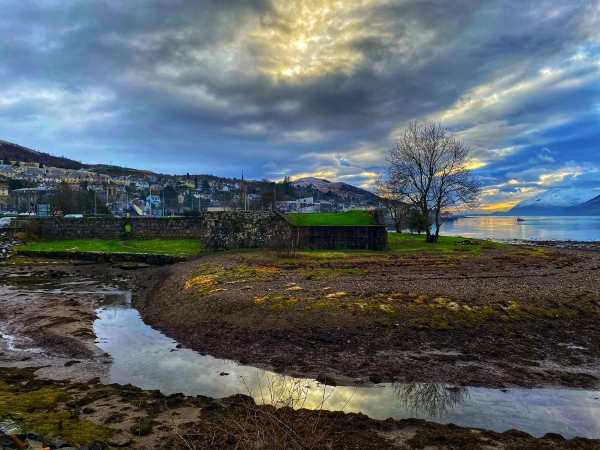 How in an epic fight the chief of Clan Cameron killed a fully armed redcoat without a weapon at hand.

There’s not much left of the ancient graveyard, a few stones possibly marker stones in the past, an overgrown stone wall that could have been an enclosure for graves or for sheep, a giant ash tree bearing the sign: And of course, there is the cairn, erected by Canadian descendants of the MacMillans that once live here and emigrated to Canada after the disastrous defeat at Culloden in 1746.

Glenmoriston has seen many tragic events during the course of history but the most memorable is the heroic death of Roderick Mackenzie in 1746. His grave is right at the roadside (A87) not far away from Dalreichart burial ground on the other side of Caochan a' Cheannaich, the river that was named after Roderick Mackenzie,... END_OF_DOCUMENT_TOKEN_TO_BE_REPLACED

This is a beautiful story of family, power and death and as so many Scottish clan stories, it does not come with a happy ending. the young pretender There was once a young man, the youngest son of Allan MacDonald, 4th Chief of Clanranald, who died in 1505. His name was Ranald and he was... END_OF_DOCUMENT_TOKEN_TO_BE_REPLACED