When a Gael speaks about the concept of the “second sight”, he speaks of an dà shealladh, which really means two sights rather than second sight and this slight linguistic difference applies to the concept as well. The person who has it, has an additional view as strong and as natural as the other one. People who have it, see the dead back on earth, apparitions of the living, premonitions, doubles and various other phenomena. Even animals can have it, horses in particular and dogs. Those humans who have the second sight are said to have a particular look about their eyes, horses and dogs show  strange and out of place behaviour. In the Gaelic otherworld these animals see omens of impeding death, forms that move in a sphere only they can see.

On the Isle of Skye dogs have been heard howling before a funeral was to take place in Kilmuir graveyard. It was believed they saw the wraiths of the living, tàslaich nan daoine beò. 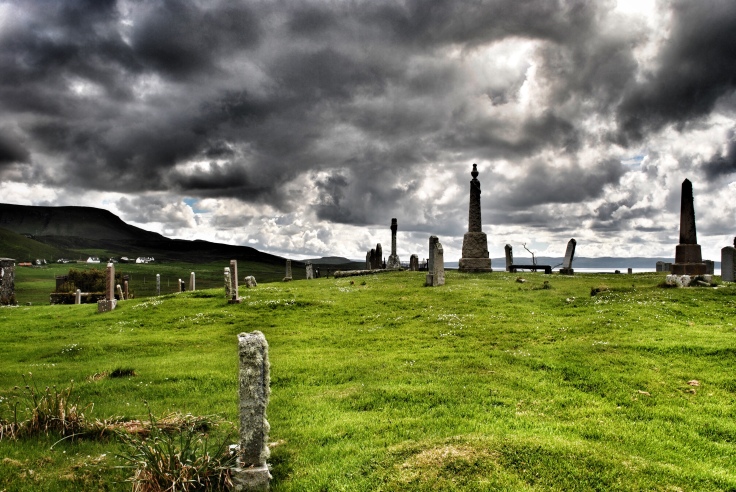 Other dogs would cry at night, when somenbody in the neighbourhood was about to die. Hearing this sound must have been a frightening experience for those involved.

Dogs would bark at night, when seeing the spectre of the living or of the dead.