The belief in witchcraft was probably one of the most common superstitions in Scotland and the rest of the Christian world. Witches were not necessarily evil but when commanding the powers of darkness, they were to be feared like nothing else, for they could leave a deadly trail of destruction.

In the graveyard of Lochaline in Morvern ends a romantic and cruel story involving three fatal women: a witch, a wilful Spanish princess and a scorned wife.

One day, the daughter of the Spanish king had a vivid dream. There he was, a very handsome young man she immediately fell in love with. She ordered a ship to get ready and sailed to Scotland to find this good-looking man. She did so on the Isle of Mull but unfortunately, MacLean of Dowart was already married and his wife did not take too kindly to her husband falling in love with this foreign princess. Therefore, she had her man Smollet blow up the princess’ ship. The explosion was so enormous, the ship’s cook was blown all the way to Tobermory and Princess Viola died in the sound of Mull. Her body was carried up the hill to the graveyard on Lochaline, where she was buried.

Once her father, the Spanish King, heard about his daughter’s murder, he sent another ship to avenge the deed. When the vessel was spotted, the vengeful wife summond the local witch called Doideag who sank the second Spanish ship with the help of a few extra witches and many more incantations in an enormous gale they summoned during the night. 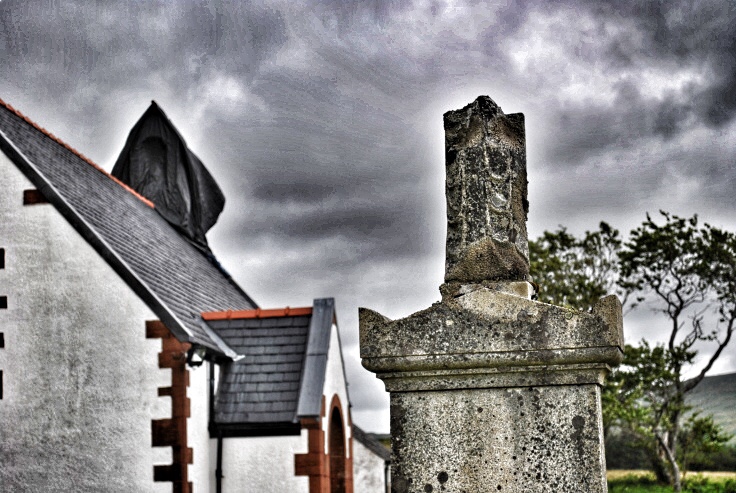 Apparently the Spanish captain tried in vain to fight the witches with counter spells, in the end – there were just too many women for one man to succeed.