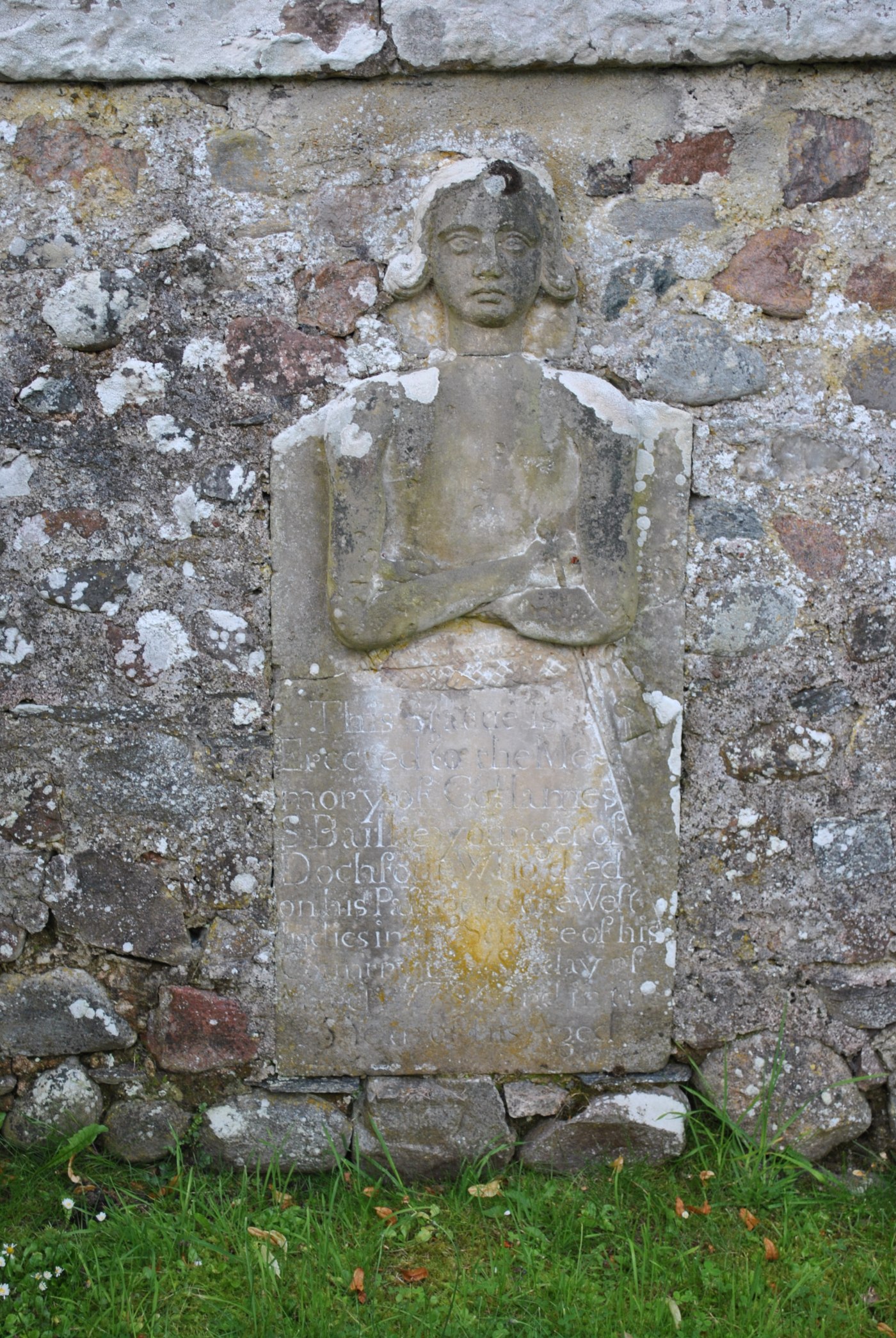 The Old Church of Bona in Kirkton, south of Inverness. A much older church once stood here, no traces are left. The existing church is now used as a private residence.

The burial ground is known as Cladh Uradain and is at least 300 years old. It is still in use today. Here was the site of Curadain’s Church or Claidh Churadain. Saint Curitan or Curetán was also known as Saint Boniface and was a bishop and the founder of the church.

He is not buried here. His name appears in many places in Ross and especially on the Black Isle for the Pict was an important man in the 7th century.

At the synod of Birr, a monastery in County Offaly in Ireland in the year 697, the Pict was present and therefore a key figure in early Celtic Christianity, even kings attended this important occasion, kings and Curetán. The bishop was the abbot of the monastery at Rosemarkie in Easter Ross, founded by Saint Moluag a century earlier, a major ecclesiastical centre and probably even the chief bishopric of Pictavia.

The Saint and bishop remains a mysterious character. Not much is known about him. There was a medieval cult of Saint Curetán mainly in the 12th century in this area around Loch Ness and Rosemarkie, hence the many place names associated with the saint.

One thought on “Celtic Christianity”