Muiravonside, surrounded by the river Avon, is the most eastern parish in Stirlingshire, it feels rural here and the graves are old.

The early history of the parish is obscure, there are remains of fortified mounds near the river Avon, at Easter Manuel and Sighthill both close to the Edinburgh-Glasgow road and at Castlehill further to the west; some stone coffins have been found behind these defences, but it is impossible to determine whether they were erected for defence against the Romans or the Danes. (1)

Some burials are less difficult to establish: Muiravonside kirkyard, the stone carving is remarkable here.

A large number of 18th century headstones display the traditional symbols like hour-glass and skull. 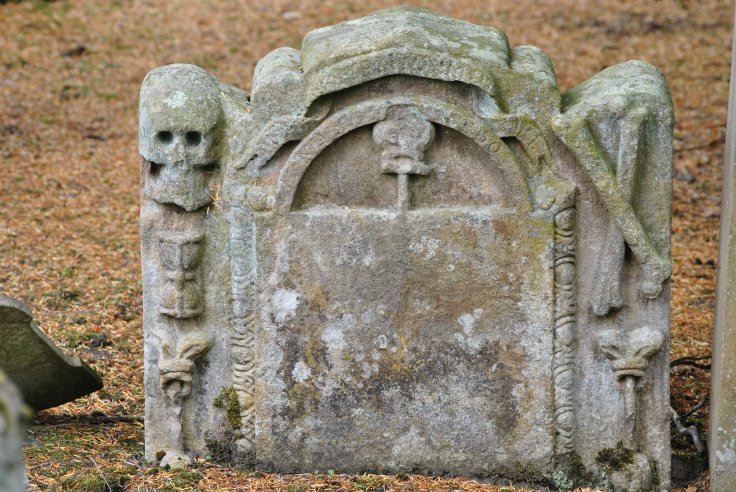 A few show two angels playing a rather strange looking trumpet. They are not holding the trumpet in their hands, just in their mouths. The symbol returns as do a few in this graveyard. Angels with trumpets are generally interpreted as a wakeup call for sinners to repent. 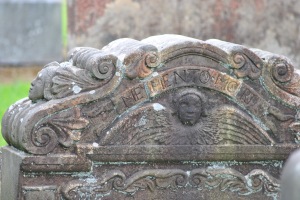 The same message as the Latin memento mori, remember that you have to die, better repent now!

Some of the mason’s stonework looks so simple, it does not really feel old but more like a modern comic.

Quite a few headstones have carving at the side of the stone which is unusual and was certainly more expensive.

Three castles are the symbol of a stone mason, his tools are also carved into the stone.

Temptation and fall are the message of the snake that is usually depicted in the tree of life with Adam and Eve on the stone, not so often with crossbones. 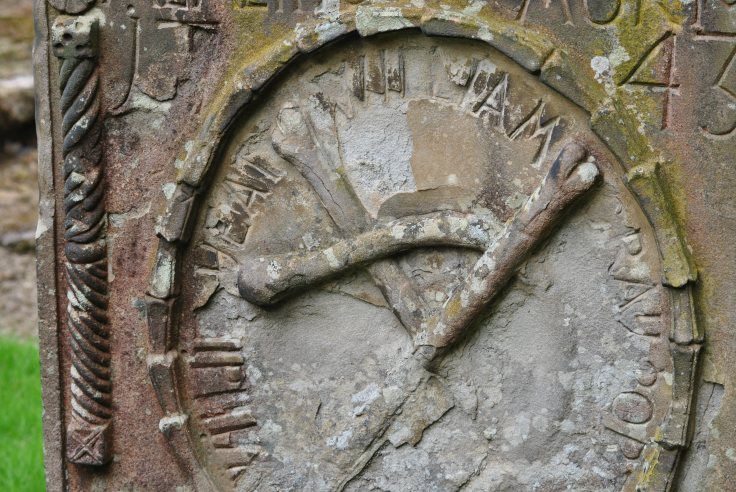 This intriguing carving might be a quarryman hammering wooden wedges into a wall suggest the Falkirk Herald. But which carving did the Herald mean?

A scallop shell tells of found or restored faith. It was used by pilgrims to the shrine of Saint James in Santiago de Compostela in Spain. Those who managed to finish the pilgrimage collected a scallop shell from the nearby beach (or bought it from some stall at the busy holy site) and took it home with them. This is the religious meaning of the shell.

There is also a political meaning, it goes back to the early Jacobite Rising 1715 identifying the carrier of the shell as a supporter of the Jacobite cause and King James, the Old Pretender. Saint James and the Catholic ally Spain seemed an appropriate secret sign. 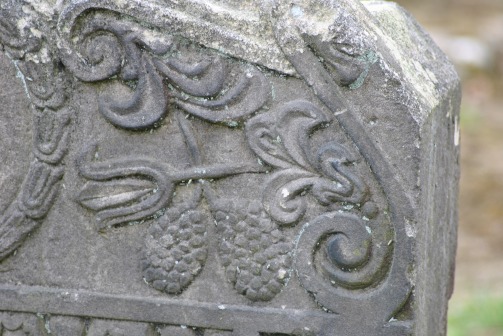 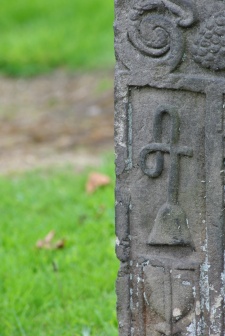 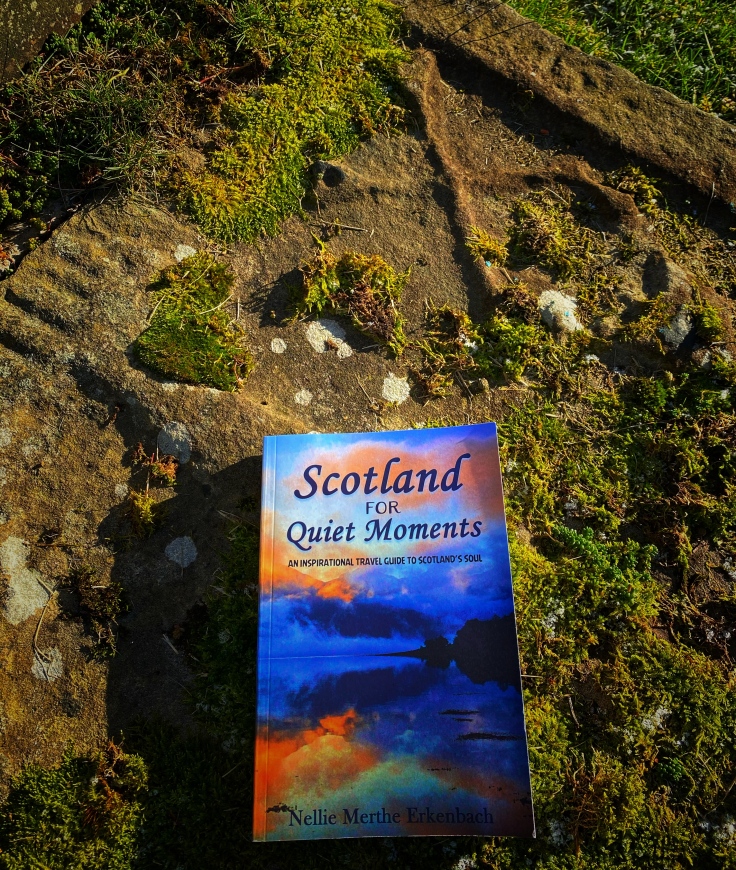 One thought on “gravestone symbols”