Names locate people, especially in Scotland. Many of the big names are names from the Highlands, like MacDonald. In the south of Scotland, the picture looks different, other surnames established: Armstrong, Scott, Maxwell, for example. All over Scotland nicknames were given generously and just like in the Highlands, each Border clan has a chief to whom you owe respect and loyalty, if he called you had to go and fight in his and your name.

Sadly on many older gravestones there are no names at all. Death takes away identity.

Each clan had its own meeting place, where they gathered before a fight. The number of men, type of weapons or similar facts had to be communicated first. During battle the sense of belonging had to be maintained. In fights where no uniforms were used, there had to be other means to express belonging.

With a battle cry one showed affiliation and pushed the men “in action. Some called their last name, because the name had and still has great importance in Scotland. One was first a Scott and then a Scot. Many of them buried in Yarrow’s kirkyard. 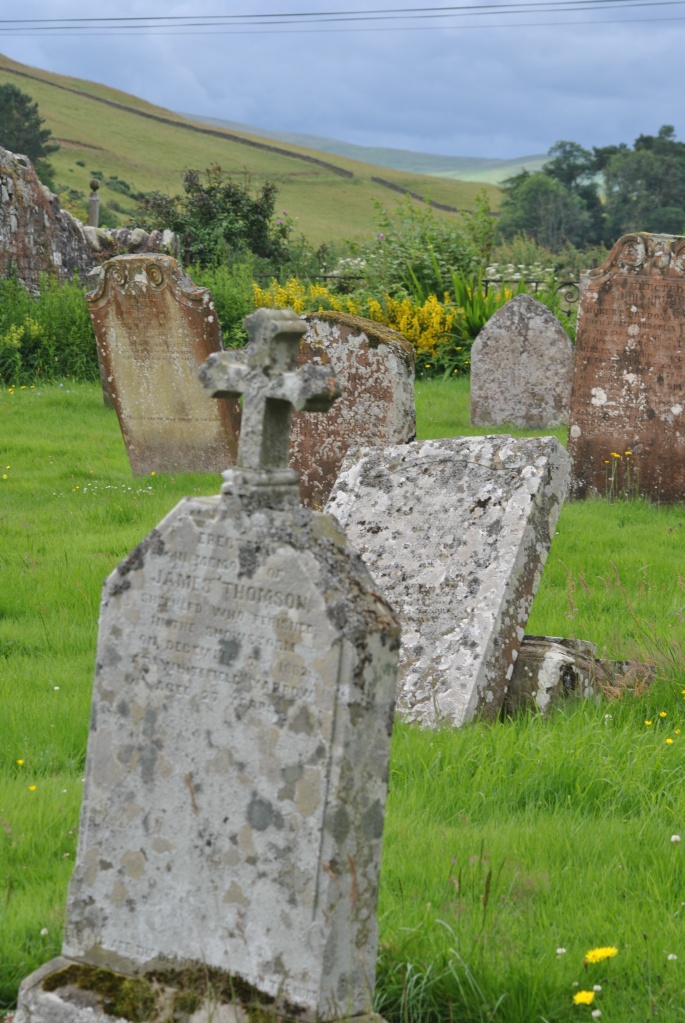 At the end of the 16th century, there was a group of Nameless men, expelled from other clans, calling themselves Sandie’s Bairns (Sandies children). The name is deceptive; these were men who were afraid of nothing – the legendary reivers, cattle thieves and raiders.

It was the time of the hard men, the great Clint-Eastwood-like men of few words and little mercy. Little Jock Elliot belonged to a family notoriously infamous for their raids and other illegal acts. The old ballad tells the tale when he met the Earl of Bothwell,  a super macho and lover of the Queen. Bothwell shot young Elliot straight out of the saddle and as he  gets out of the saddle to give the boy the deadly blow, he is in turn attacked by the boy. The surprised Bothwell hardly knows how to defend himself and is seriously injured. Bleeding, he retreats but he finds it difficult to reach the sanctuary of his castle. He had detained the rest of the Elliot family there, but they had freed themselves and taken over. And Little Jock Elliot? He sang the song about the little man with the courage of a lion: My name is Little Jock Elliot and who dares to mess with me?

The Latin version can be found in a few coat of arms: nemo me impune lacessit, no one dares me with impunity.

My name is Jock Elliot,

And wha daur meddle wi me?

Don’t miss the fabulous table tomb with one on the most frightening skeletons that can be found in Scotland. No one would mess with that one. 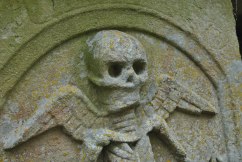 Alistair Moffat: The Borders. A History of the Borders From Earliest Time. Birlinn, Edinburgh, 2002

2 thoughts on “names and nemesis”