Carluke can boast of having been useful in World War II like no other town in Lanarkshire.

Since the entire town at that time was on one side of the railroad, it was easy to identify it from the air and used as a turning point for pilots on their training flights before they went into combat. They came from the south of England and turned over Carluke to fly back.

Today, the city is bigger than it was then thanks to the commuters to Lanark and Glasgow. Carluke had its own industry once but the days of the coal mines are over, so are those of the home weavers.

All that’s left of the old church is the bell tower. An even older church is said to have stood on the banks of the Clyde, one of the many churches named forest church, and one of the many places that claim to be the very sport where the legendary William Wallace was elected Guardian of Scotland.

However, most experts assume that the forest kirk must be the one in Selkirk.

The old graveyard is worth a visit independent of William Wallace. Once the people of Carluke had elaborate funeral customs in place. 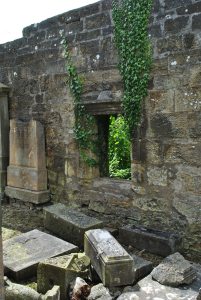 A Dr. John Wylie, a priest in this 19th-century parish, wrote an article in the New Statistical Account of Scotland in 1845, where he described a funeral for one of Carluke’s well respected citizens. There were a alltogether eight (!) services held before the funeral was over. The mourning relatives met in the morning at 10 am in the house of the deceased, against 2 pm the coffin was taken to the cemetery. During these four hours, there were several services, the first accompanied by beer, bread and cheese, the second by rum and funeral bread, the third by stuffed pipes that were passed around. The rest of the services were accompanied by port, sherry, whisky and cake. The last service of the funeral was a thanksgiving for the gifts that had been given. 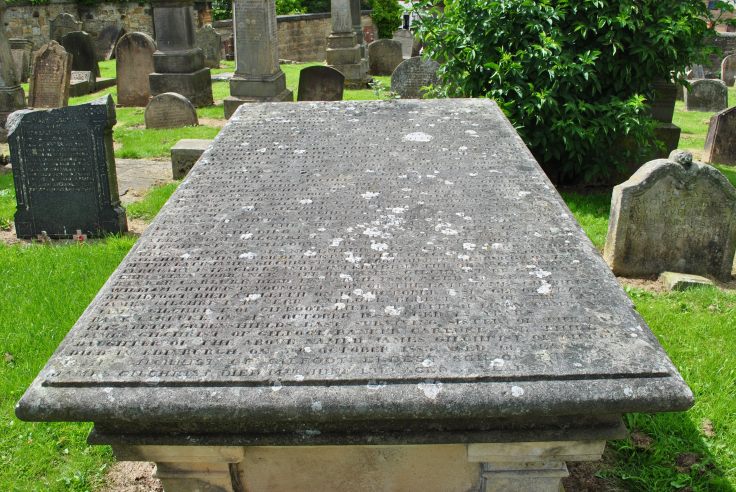