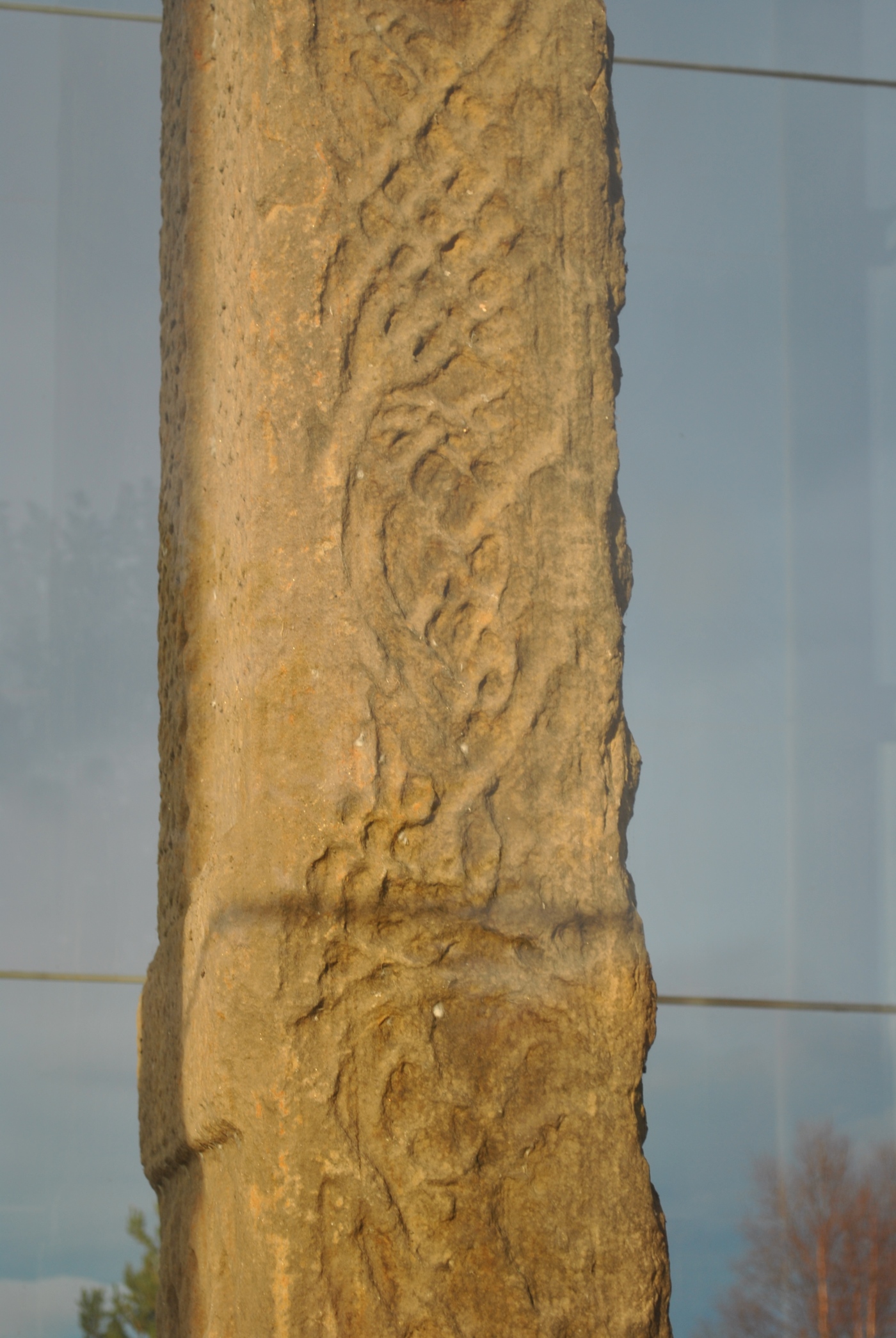 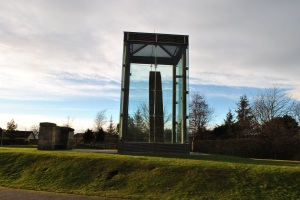 There are many Pictish stones in Moray, most of them stand lonely in some field or other somewhere along the roadside, often fenced-in with a small sign giving a few an explanations. They usually do not differ very much to the untrained eye, prior knowledge of Pictish symbolism often helps.

The Sueno stone is an exception for several reasons.

For one, it stands at the roadside on the edge of a modern residential area and for another it is the largest you can find in Scotland.

Sueno’s stone is spectacular not only because of its 6.5 meters but also because of the symbolism on display. It is decorated on all four sides, carved in the 9th or 10th century. The front side mainly with ornamentation, the back side tells the story of a battle. This is where it gets interesting. What battle could that be? It’s not easy to decide and still an ongoing and unresolved debate. 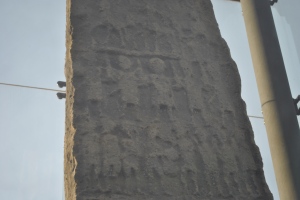 In several reliefs, one on top of the next, soldiers are doing different things, like in a comic story really. Sueno’s stone a of stone comic of war. The soldiers arrive on foot, in the next picture they fight, above that a commander arrives, in one they besiege a Broch, in another one they flee an enemy. What Sueno’ stone tells is complex and yet there is a possible interpretation.

It stands only a few miles away from the famous battlefield of Culloden but it tells another story, possibly that of the Battle of Forres in 966. On the one side King Duff, King of the  Picts also called Dub Mac Maíl Choluim. He lived from 930 to 966 and was King of Alba from 962 to 966. His father was Malcolm I.

On the other hand, the Viking King Swein (hence Sueno). Duff was victorious and the leaders of the rebellion were brought to Forres for execution. But betrayal was already planned because the king held relatives of his host, the governor of Forres Castle kill, who then had his guest’s guards stunned and the King kidnapped and killed. To keep the secret they had to hide the King’s body well. They blocked the brook, buried the king’s corpse under a bridge near Kinloss, and then allowed the brook back into his old bed. The king’s body was now untraceable. 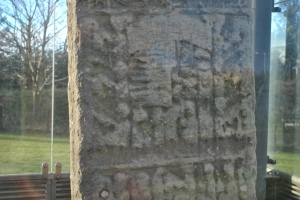 The relief of the Sueno stone shows a bow that could well be a bridge.

Duff’s body was later recovered from its hiding place and buried in the Cemetery of the Kings on the island of Iona. Seven tons of stone might just remember his first and temporary burial under a bridge, just like a gravestone would today.

One thought on “historic murder comic”