The Lindsays were a very popular family in the 15th century, influential with substantial property in Angus and the Mearns. For generations they were locked in a feud with the Ogilvies and their supporters. But the Lindsays had an even more powerful enemy – the King. 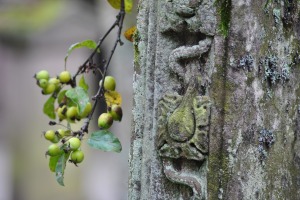 James II of Scotland was monarch of Scotland  since his minority and a man of a certain temper, as was Alexander Lindsay, 4th Earl of Crawford, known as the Tiger Earl for his ferocious temperament.

They were both headstrong, ruthless and determined to win when the Battle of Brechin on 18 May 1452, that was fought not far from Brechin cathedral.

This land belonged to the Bishop of Brechin but the Tiger Earl was constable of the city of Brechin and Sheriff of Angus, so his will was done here, and all the land surrounding Brechin belonged to his kinsmen and vassals. The Earl of Crawford, the Tiger Earl, ruled here like a king. And a dangerous one, indeed.

death on the tower 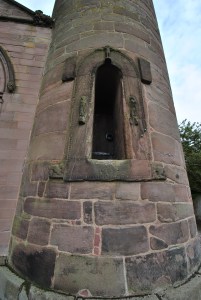 “This was the ferocious Tiger Earl or Earl Beardie about whom there are grim stories galore. He it was who had a minstrel hung from iron hooks at the top of the tower for unspecified reasons but before he died the minstrel prophesied that he, and the Earl of Douglas, his master’s ally, would suffer a resounding defeat at Brechin.” (1)

But now the Earl of Crawford faced his King and not a poor, weak minstrel.

murdered by the king

King James II was nothing other than a murderer. He and a few other nobles had stabbed William, 8th Earl of Douglas, an ally of the Tiger Earl. The murder happened on a cold and dark winter evening in Stirling Castle. The King had summoned Douglas, allegedly for supper, and killed him on the night of 21 February 1452. Their quarrel was old and bitter and finally erupted in deadly violence. The troublesome Earl of Douglas was stabbed 26 times. Two wounds were inflicted by the King himself, the rest by his courtiers. 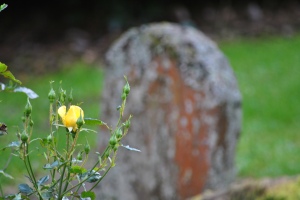 After that of course nothing was the same. Open rebellion broke out, the King was facing enemies in many places, the Earl of Douglas had many friends. One of them was the Earl of Crawford.

This death could not remain unrevenged. The Tiger Earl called in support from his vassals and friends throughout Angus. Douglas’ allies got together to face the King’s supporting force under the command of Alexander, Earl of Huntley, three months later near Brechin, where the Tiger ruled and where the Lindsays held land and power since generations. Huntley was an allay of the Ogilvies and therefore inclined to take sides against a Lindsay. 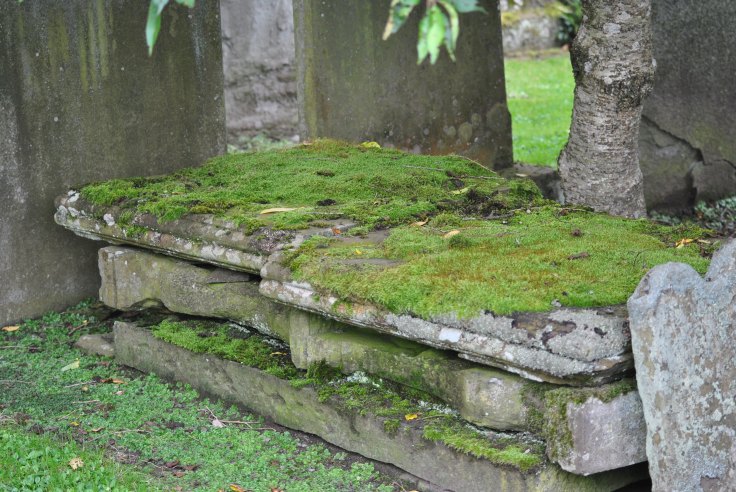 a traitor decided the battle

The battle ended in the defeat of the Lindsays and all those supporting the cause of the Black Douglases. They were defeated because one of their men turned traitor and left their side with 300 of his men during the battle to join the King’s forces, with devastating consequences.

The Earl’s brother and 60 of his men died. Not many died on the other side of the battlefield but the Earl of Huntley, lost two of his sons. 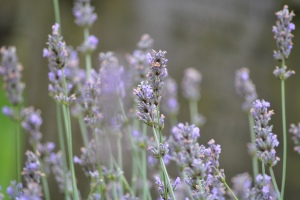 The Tiger Earl fled, the battle was lost. This decisive moment is remembered by a remark the Tiger was supposed to have made. It varies greatly depending on the source, but it has one thing in common. The number seven. Seven, as it was used in old fairy tales, is a magic number giving importance  and symbolizing perfection.

The Tiger is supposed to have said, that he would rather rot seven years in hell than celebrate this kind of victory Huntley had celebrated today. By treason and with dire consequences, Huntley had plundered the land of the Lindsays and taken prisoners wherever he could. Other sources say he had said he would rather be left hanging in hell by his eyelashes for seven years than suffering a defeat like that again. 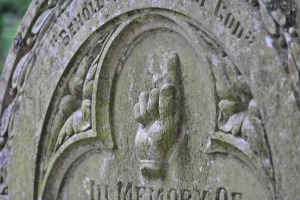 The Tiger Earl was forfeited and had lost everything, an outcast without land and power. He appealed to King James II a few months later and was granted a pardon, but he would not live long to enjoy it. The ferocious Earl died of a fever a few months later.

no grave in Brechin

He would not be buried in the graveyard of Brechin Cathedral. No. He was buried in the Howff in Dundee, where his family was traditionally laid to rest in the pre-Reformation kirk.  Nothing is left of their graves; the church was destroyed. 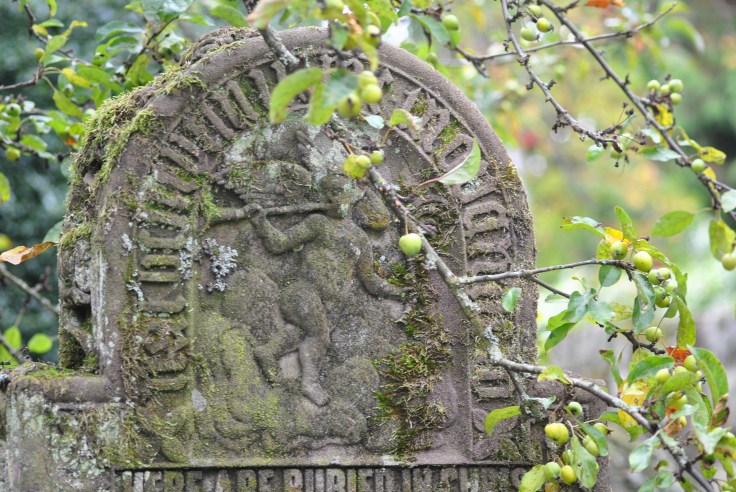 Andrew Jervise: History and Traditions of the Land of the Lindsays in Angus and Mearns. Edinburg, Sutherland & Know; 1853