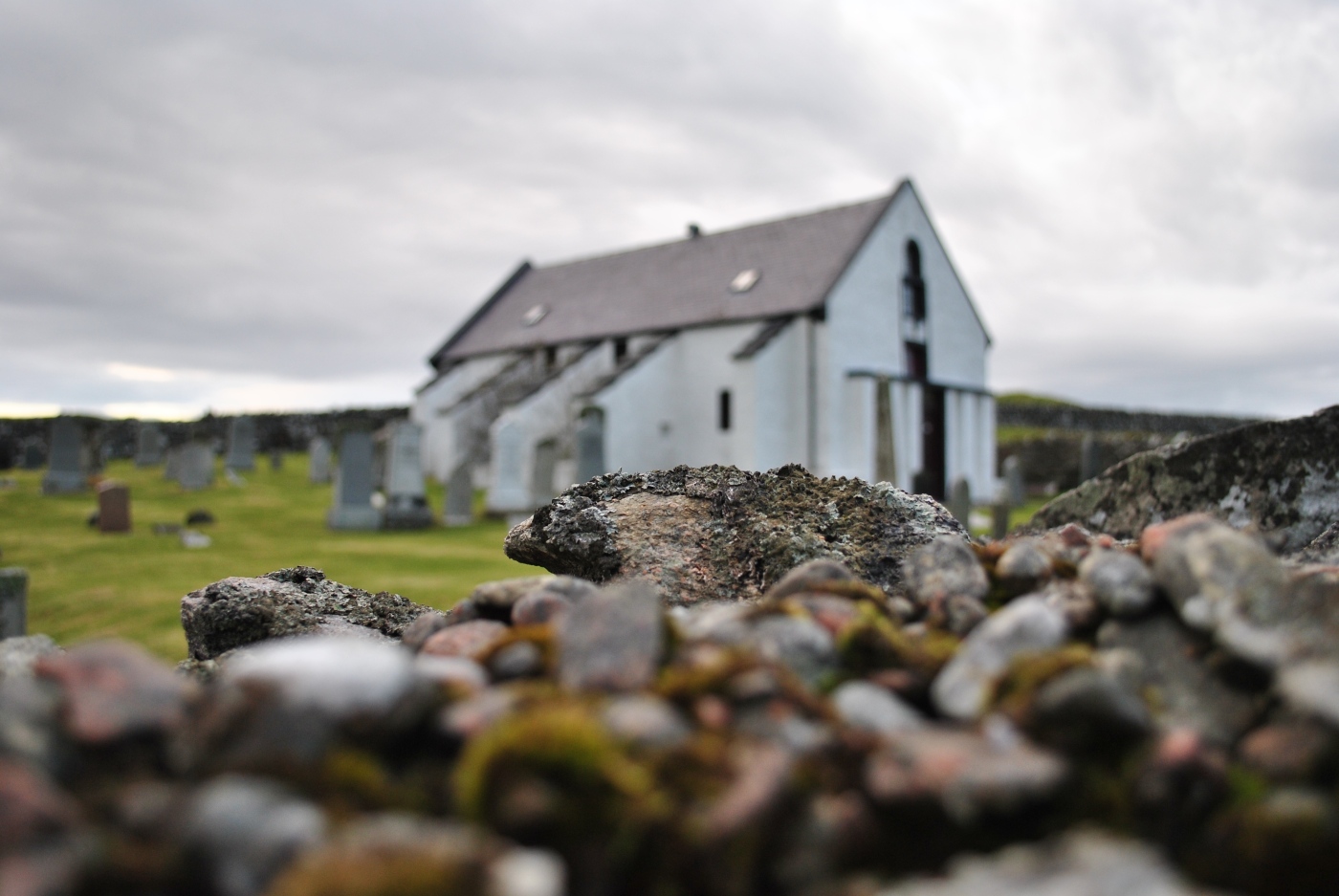 Place names of Shetland are almost all Norwegian in origin. Local boats descend from Viking built ships, Shetland belonged to Norway for centuries in the past. The Norwegian connection is strong. Particularly in Lunna churchyard.

A tall building towers above the small graveyard by the edge of the sea. Lunna House dates back to 1663 and was once the seat of a large and powerful estate in the North-East of Shetland Mainland. It was a secret base for Special Operations Executive (SOE) during the Second World War, where Norwegian freedom fighters were supplied with help for the underground movement and where refugees from the invaded Norway (the Germans had taken it in 1940) were welcomed and kept safe.

An operation that was known as the Shetland Bus, a secret connection between Norway, Shetland and Scotland by various vessels that were either supplying support or taking refugees out of the grip of the Nazis. A highly dangerous operation in the wild waters of the North Sea, in wartime, during winter.

Some of the Norwegian refugees and their helpers did not survive. Boats were wrecked and torpedoed, sailors and soldiers died in the icy waters off Shetland’s coast. Local sailors and fishermen took up this dangerous undercover task, for the freedom of others these brave men risked their lives.

Nils Nesse was the first Norwegian to lose his life during the Shetland Bus operation. he was buried in Lunna churchyard where a wooden cross marks his grave. But the first to be buried here was an unknown sailor that went down with the SS Hop, a cargo ship that had left Bergen in February 1940. It was torpedoed by a German submarine.

Lunna Kirk itself goes back to the 10th century and is by far the oldest place of worship still in use in Shetland. After being rebuilt in the Middle Ages and going into decline afterwards, it was back in use some time in the 19th century.

Naval officer and writer David Armine Howarth served in Lunna House and helped organise the Shetland Bus. He had the military knowledge for the operation and was a qualified boat builder, a highly intelligent man, brave and daring, the perfect spy. Howarth received the King Haakon VII’s Cross of Liberty and was made a Chevalier First Class of the Order if St Olav by the Norwegian King for his services to Norway. His gravestone stands in Lunna Churchyard. His ashes were scattered on the waters of Lunna Bay.

The Norwegian Connection of this places runs through the centuries, from early settlement, and ecclesiastical history (the bishopric of Orkney and Shetland was part of the province of Trondheim, where the Norwegian Bishop had his seat), to Wartime heroism.

Today, all that is left are the graves of those who fought on their side or those who died trying.

Her main sources were historical travel guides from the 18th and 19th centuries, where the finds were scary, beautiful, funny, and sometimes, cruel. This unusual approach to a country’s history has produced amazing results. You don’t have to share the author’s passion for cemeteries to enjoy this book; only a small number of the stories in this collection take place in graveyards, though they do all end in them, so perhaps it helps.

The fairy hill in Inverness, a nitrate murder on, a family of left-handers, wolves, Robert the Bruce and William Wallace shown in a new light, the secret bay of the writer Gavin Maxwell, a murdering poet and so many things you didn’t know about Scotland, its clans and its history.