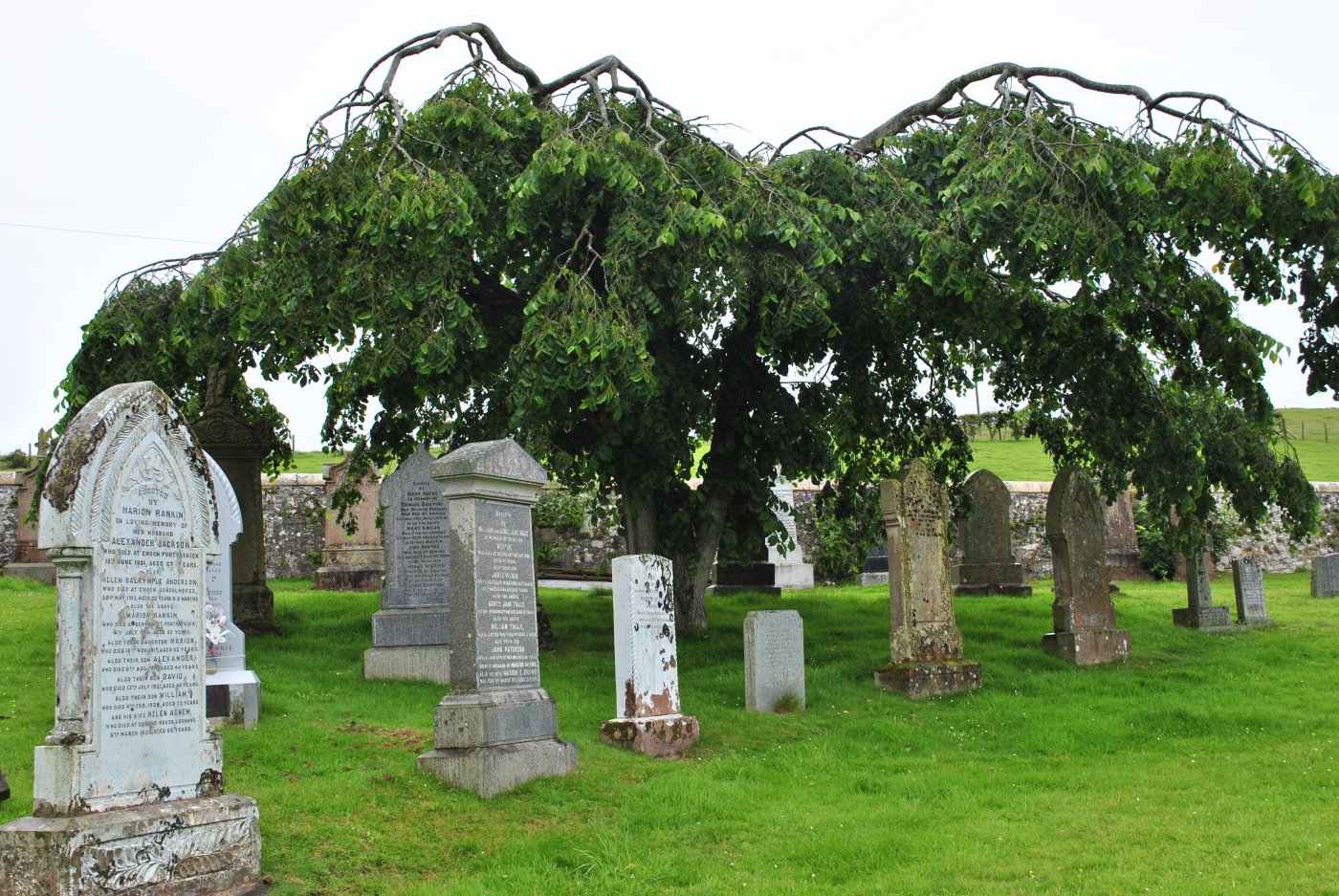 Portpatrick is a village in the Dumfries and Galloway council area, formerly Wigtownshire at the southwestern end of Scotland. It has an old burial ground (Old Portpatrick) and an older part to the new cemetery .

As the name suggests, the local harbour has for a long time been trading with Ireland, there was a regular ferry and many young Irish couples came over to Portpatrick to get married. They called the seaport Gretna Green of the Irish, even though the Church of Scotland usually does require a certain amount of time before you can enter marriage for reading the banns and also a certain period of residency. It seems in Portpatrick they were not sticking to the rules that much for it was quite commen for Irish couples to come over, get married and take the ferry back on the same day. Local marriages were of course taking place, too.

In World War I soldiers were stationed here. One night in January, the air was cold and  the wind told tales of winter and frost, a young man drowned not far away from the graveyard. His body was found in the water six weeks later. Corporall Frank Myall, a Dumfriesshire man, must have fallen from the dock. His death was considered an accident and he was buried with full military honors in Portpatrick, where he was on home guarding duties.

World War I seems very far away on the quiet and peaceful cemetery. Six war time casualties were put to rest there.