Kirkyards all over Scotland have been abandoned for various reasons, some after the Reformation, others because the Parish or village boundaries were changing or because the churches were too old or the kirkyards too full. Whatever the reason, an abandoned churchyard has a sad and slightly eerie quality, especially on a dreich day. 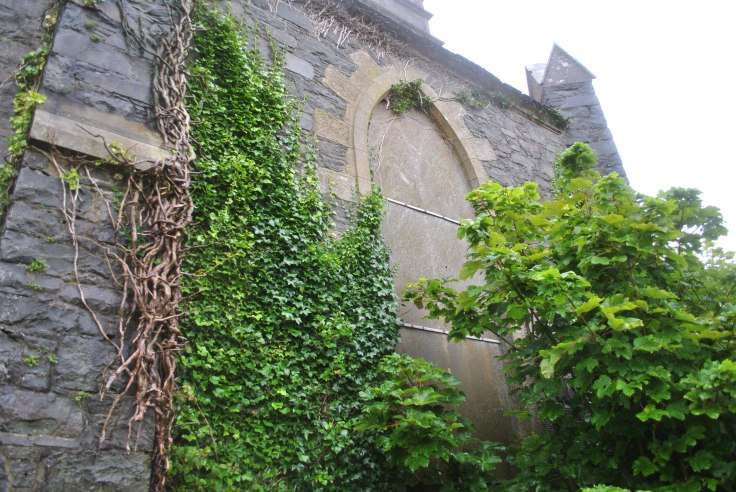 Stoneykirk in Wigtownshire south of Stranrear had a church since the Middle Ages. It was then rebuilt in 1827 but fell into disuse. Abandoned and inaccessible, it sits in the middle of the small town like sad memory. The nearby Kirkmadrine church is also not used as a church anymore.

It seems very much a forgotten place, so lonely and unimportant apparently that it was used just as that, a place where nothing happened and no one would go. Two convincing reasons for the staff of General Eisenhower and Winston Churchill to choose this as the place to meet. In nearby Knockinaam Lodge within the Parish of Stoneykirk the two powerful men met for secret talks during World War II.

The headstones are mostly 19th century but there are much older ones within the graveyard.