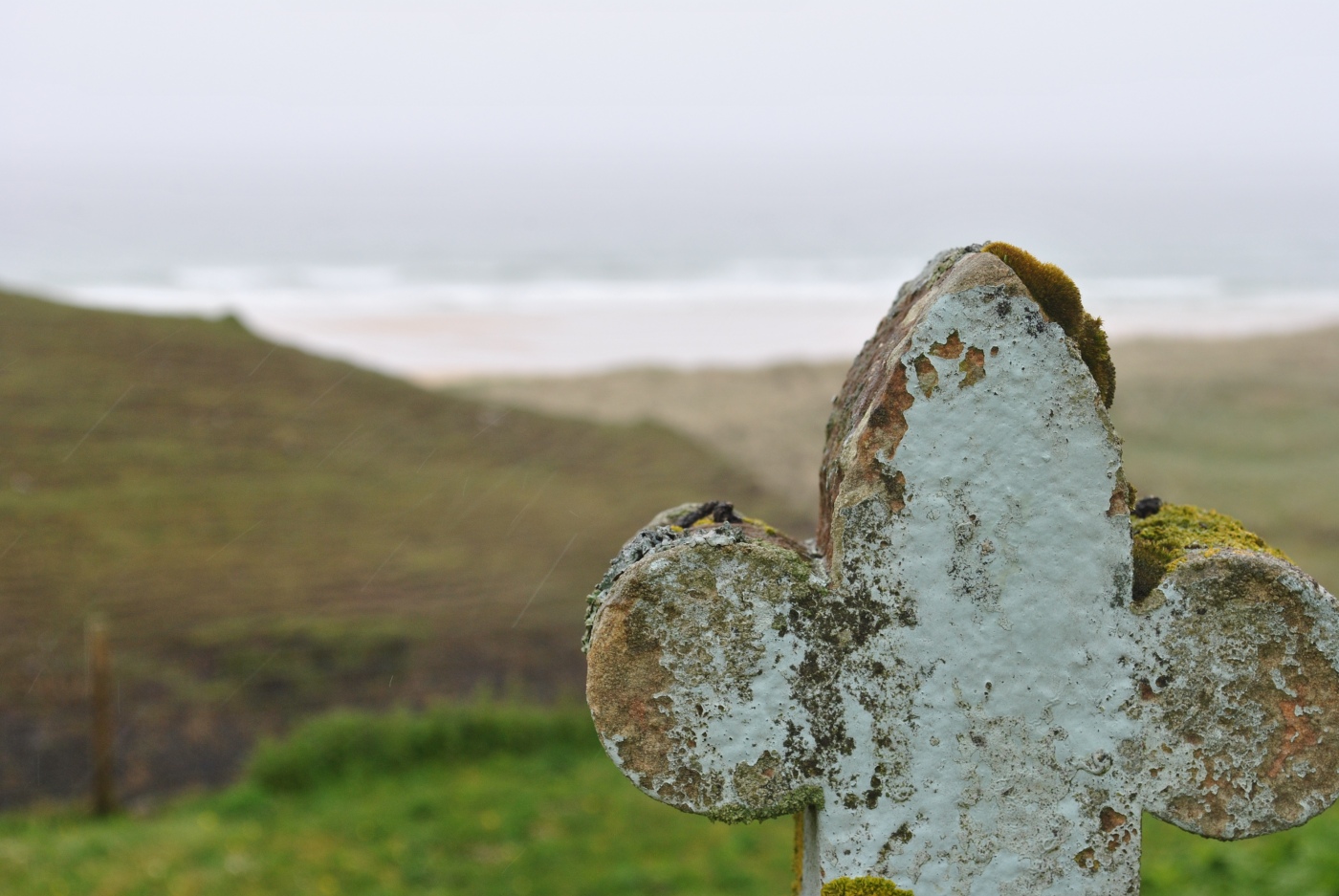 Tolsta marks the end of an unhappy journey. Francois Gautiez an French cook and the English mate Peter Heaman were on board of the ship Jane, commanded by Thomas Johnson. The Jane of Gibraltar was heading for Bahia de Brazil and among the many things she was carrying were also Spanish silver Dollars, a considerable amount of them. This discovered these two men planned to get a hold of them. Mutiny and murder were contemplated and finally executed near the Canary Islands. 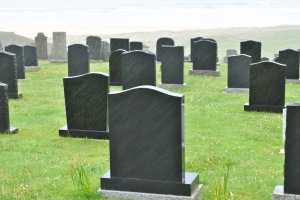 The cook shot the captain in his cabin; the mate clubbed Seaman Paterson to death on deck. The rest of the crew did not interfere. They disposed of the bodies, cleaned the ship and set sail for Scotland. The two Scotsmen on board, Smith and Strachan from Montrose, were locked in at the forecastle. They wanted to kill them by suffocating them there. That somehow not working, they were released but had to swear an oath never to betray the murderers. On Barra they bought fresh supplies and tried to sink the Jane while trying to escape in an open vessel but the wind forced the ashore. The Jane would not sink. She went ashore at Tolsta Head. The men were questioned and the cabin boy told the truth about what had happened.

The mutineers are not buried here; they were taken to Leith and after their trial hanged there on the sands in 1821.

Every now and then a Spanish Dollar would turn up in Stornoway, a monetary reminder of the deed done; Tolsta cemetery remains untouched by the fatal result of the mutineers’ greed. The ones buried here were local, some unknown.

Others were decorating the graves with shells from the beach, a practice known from graveyards all over the world and throughout the centuries but rarely encountered on Calvinist Lewis. Catholics are more familiar with decoration and ornament in many areas of their faith.

Donald Macdonald: Tales and Traditions of the Lews. Birlinn, Edinburgh, 2009

2 thoughts on “the mutineers‘ end”