How can tragedy be grasped and described in all its horror? 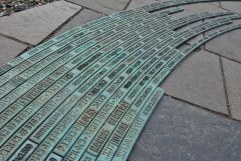 It is war and that affects people in all areas of their lives. The men are away fighting, none are left on the island of Lewis but the old and the young. Women struggle, they wait and they fear. Then it’s all over and the men are safe. They are coming home they write; the husbands, the sons, the cousins, the uncles, the fathers. They will be back on New Year’s Day 1919. Lewis celebrates what is probably the happiest New Year’s Eve in history, the houses are cleaned, cakes and biscuits baked, the women are dressing in their  finest, they go to bed thinking about their husbands arrival. Soon!

The men write telegrams from Kyle of Lochalsh. There they take the first ship they can get. They have survived the trenches and naval warfare, they cannot wait to see their home again. They have gifts, little things from far away countries, for the children, some of them do not even know their children, yet.

The port of Kyle is busier than ever, ships come and go. The men of Lewis (and 11 of Harris although they have clear orders not to take this ship), board the HMY Iolaire.
Commander Mason goes to bed shortly after midnight, Lieutenant Cotter is in command. The sea is rough and initially the conditions do not seem too bad, but the wind is gaining in strength, visibility is poor.

It is 2 o’clock in the morning, Stornoway Harbor is just ahead but something is wrong. The lights are not where they should be and land feels closer than it should. The Iolaire is too far East for the bay of Stornoway, too close to the rocks they call the Beasts of Holm. The entrance to the harbor is narrow and a correction of the course no longer possible. With a terrible sound the Iolaire strikes the rocks. The impact causes mayhem under deck, the ship tilts and many fall overboard, into the insane maelstrom of sea, foam and wreckage.
It’s the middle of the night, it’s winter. The pier is only a few hundred meters away, but where the Iolaire ran aground, she can’t be seen from the harbor. Nobody will come to help, because nobody knows of her plight.

Some jump into the water and try to swim ashore, but the rocks are high and inaccessible and the water is icy cold. One man ties a rope around his stomach and make it ashore. There he ties the rope, some get to safety along this rope. Others cling to the mast, some for hours, until the freezing cold and exhaustion forces them to let go. The lifeboats are not launched because no officer takes command. Many of the men can not swim. An emergency signal cannot be sent because the equipment has been damaged by the impact of the rocks. 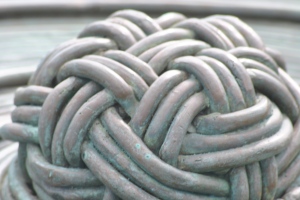 The Sheila had just left the port of Kyle half an hour after the Iolaire and is now entering Stornoway. They hear something wrong with the Iolaire but can’t see anything. Commander Cameron decides not to risk the security of his own ship and leaves the men on the Iolaire to their fate.

Some make it completely exhausted and half frozen to the first houses. The flares now alerted the people ashore. But it is too late for the rescue of the Iolaire. The men drown or die of hypothermia, only a few meters away from the local harbour, after a long and terrible war; they are on their way home.
Over 200 men die, around 80 survive. The tragedy wipes out an entire generation of men on Lewis in minutes. Desperate women search for them, walk along the beach and along the rocks, where days after the tragedy, bodies are still washed ashore. 56 will never show up again. The life of the bereaved will never be the same again.

Their names are not forgotten. A memorial commemorates the tragedy and the people who lost their lives in it. There they are, the Beasts of Holm, those deadly rocks, and many thoughts wander to the lost generation of Lewis.

They were buried on the graveyards near their homes. 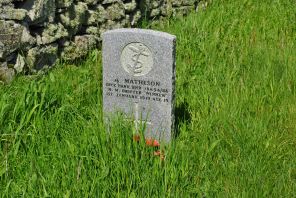 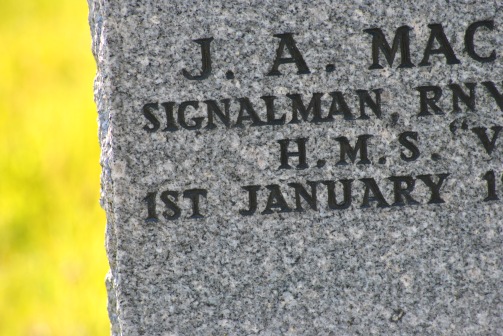 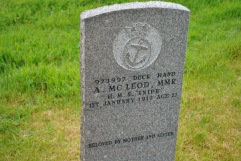 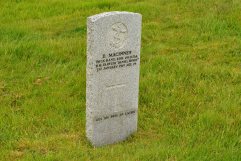 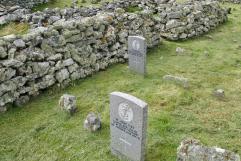 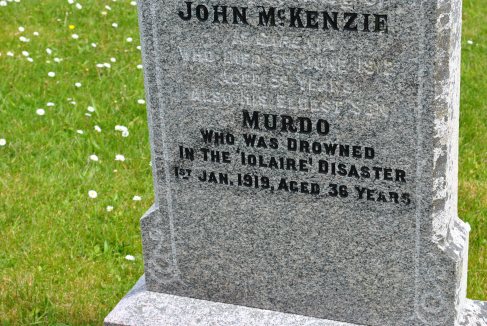 John MacLeod: When I Heard The Bell. The Loss of the Iolaire. Edinburgh, Birlinn, 2009

9 thoughts on “graves of a lost generation”