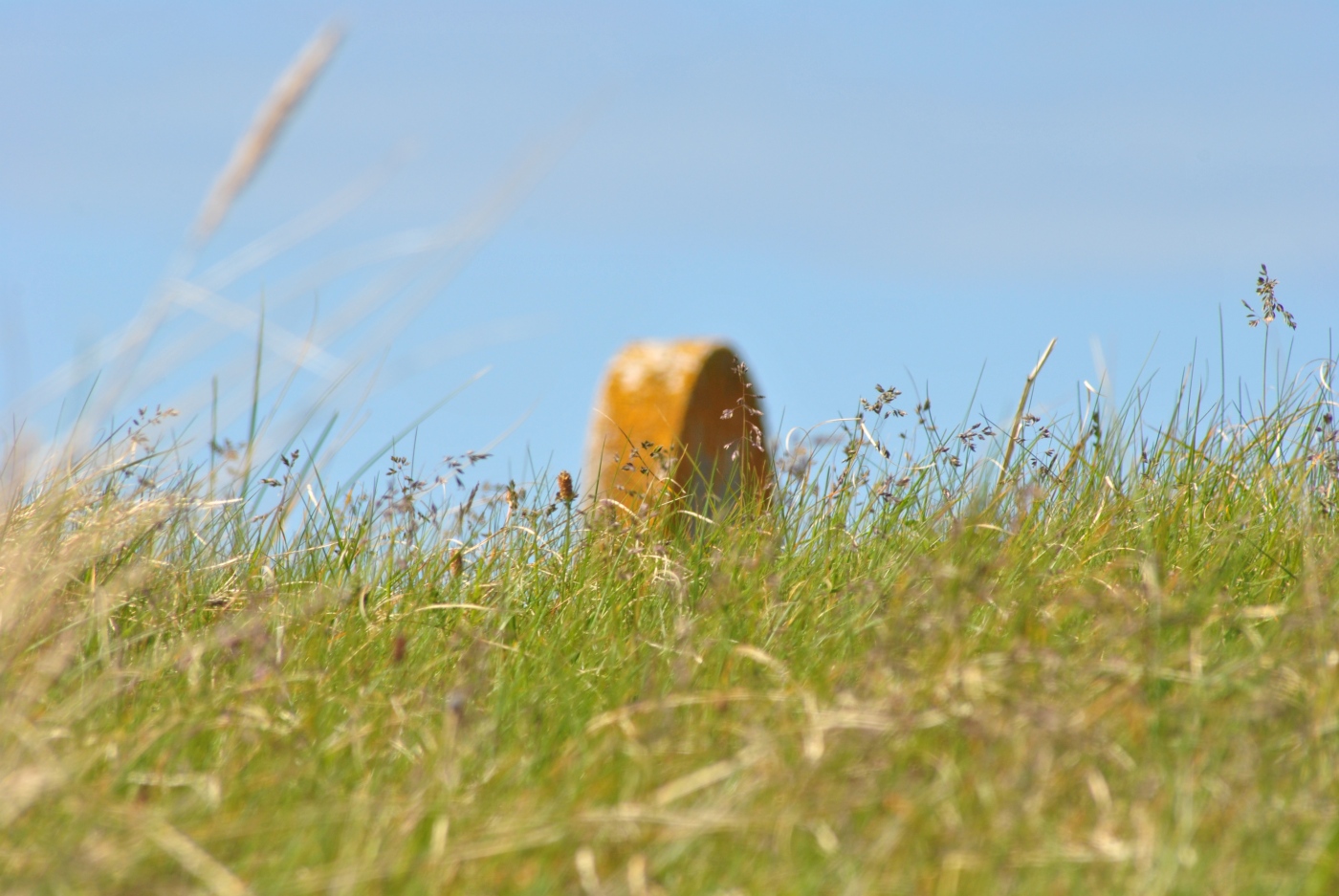 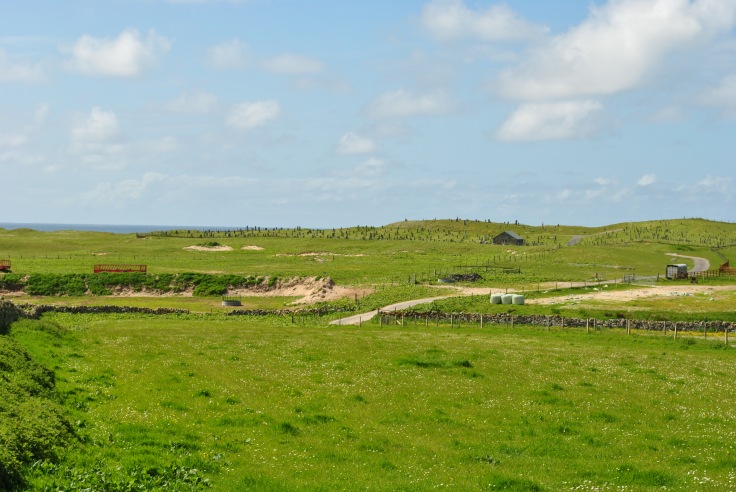 Lewis differs in so many things from the rest of Scotland but the most obvious to visitors is faith. Religion plays a very prominent role on the island and the church certainly has more influence on life and death than anywhere else in Scotland. Even the smallest of places have more than just one church; the respective parking lots stretch to the dimensions of a superstore car park. One indicator how central faith is to the islanders, central to their everyday life even. 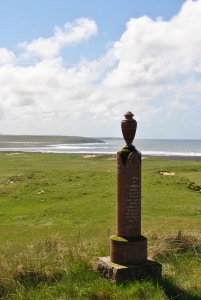 Since the disruption of the church in the 19th century, diverse faiths have established themselves here. The Calvinist Free Church of Scotland is prominent. The Sabbath is observed as nowhere else in the country. The memento mori exists in its somber form – you will have to die, be prepared to meet you maker. The carpe diem is far less stressed.

When Gaelic hymns drift across the machair on a Sunday, a sounds strangely impressive and magical, it almost sound Oriental to the untrained ear. Add to this the often barren landscape and the modest grey houses without their stern gardens and it is obvious – lust for life sounds and looks different. Lewis does not exist without religion, it feels neither colourful nor vibrant, there are rules and customs to be observed. 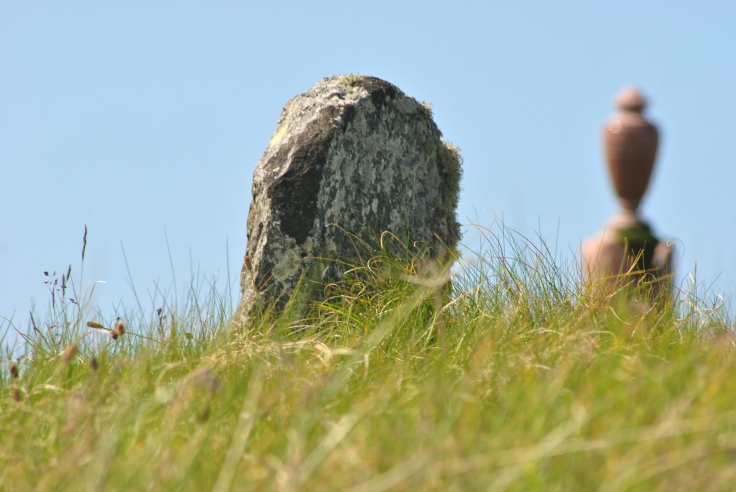 The island is Calvinist to its core and yet it has charm and beauty. The monotony of the treeless landscape is overcome through stunning beaches and an infusion of colours and even the strictest adherence to scripture has its unexpected and widely unknown exceptions: Lewis men performed a beer ceremony that worshipped a sea god. 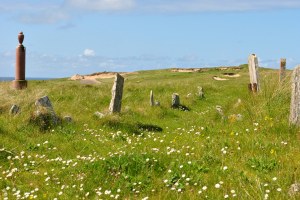 Martin Martin reported in his book on the Outer Hebrides (1703) how the faithful knelt at the sight of the church and prayed the Lord’s Prayer even though they were still miles away from it. He also described the ancient customs of those god-fearing people, with which they worshiped a sea god called Shony (Seonaidh). All the men gathered at Hallowtide (End of October) in the church of St. Mulvay (St Moluag) in Ness. Every man had brought beer, they chose one from among them, who went out into the night and walked into the sea with ale in hand, this man shouted firmly and with a strong voice for the sea god Shony:

„I give you this Cup of Ale, hoping that you’ll be so kind as to send us plenty of sea-ware, for inriching our Ground the ensuing year.“ (Martin Martin)

The he poured the ale into the waves. Kelp was used to fertilize the fields, it was intrinsically important to agriculture and survival. When the beer mug was thrown into the water, the man returned to land. They all went back to the church, where a candle was burning on the altar. And so they all stood still for a while, until the candle was blown out. Everyone went out into the fields, dancing and drinking the rest of the beer. 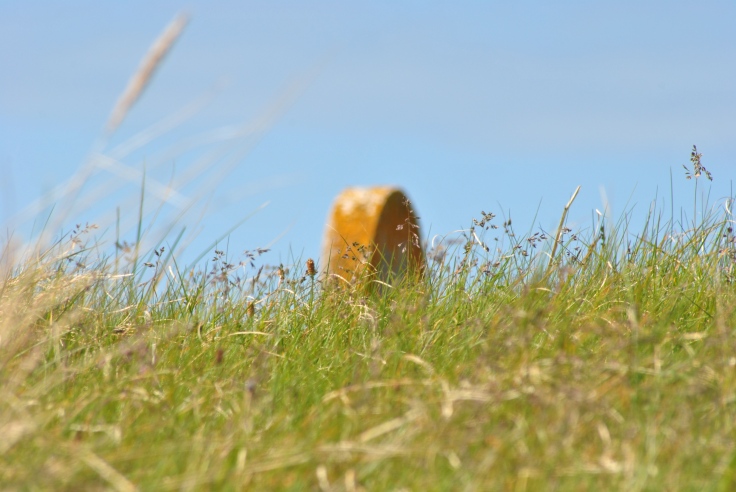 The custom was not welcomed by the church and Minister Donald Morrison from Barvas eventually ended it with the help of his son. However, the custom was preserved in a different form: a pilgrimage to the headland in spring asking Saint Brendan for a strong wind to wash the important kelp on the shores of Lewis.

The minister of Barvas mentioned by Martin Martin still knew about the old church of St Mary’s that once stood near where now the graveyard Cladh Mhuire is. No traces of the pre-reformation chapel are left today. 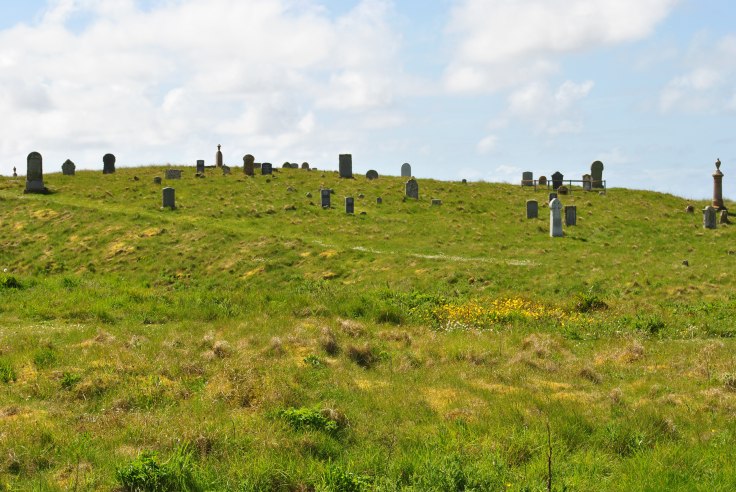 Martin Martin: A Description of the Western Isles of Scotland. Bell, London, 1703

Donald Macdonald: Tales and Traditions of The Lews. Birlinn, Edinburgh, 2009