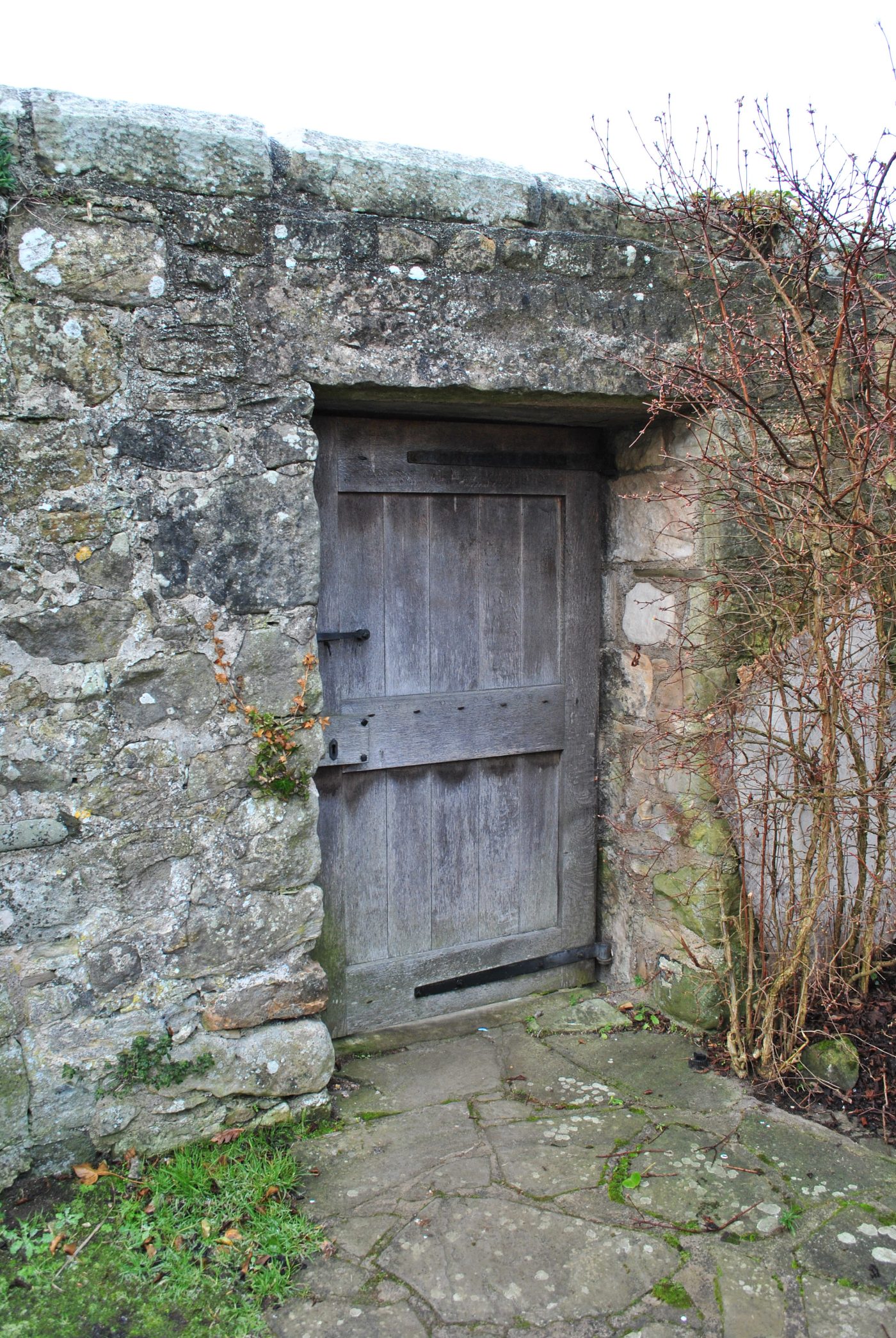 Aberdour was a place of worship for centuries, here the pilgrims would come in large numbers but not to see a shrine or the church itself, they came to see the holy well that is no more. It once existed behind this wall in what is now a private garden but has long since been laid dry.

The well does not exist anymore. Its water was supposed to have the power of healing. And people flocked to Aberdour to see it.

A nunnery once stood here, where the sisters of St. Francis worked and prayed. In the hospital of St. Martha, a large building that once stood on the north end of the graveyard, they took care of the weary travelers who came looking for treatment of sore eyes.

This is what the water of the well promised to provide. 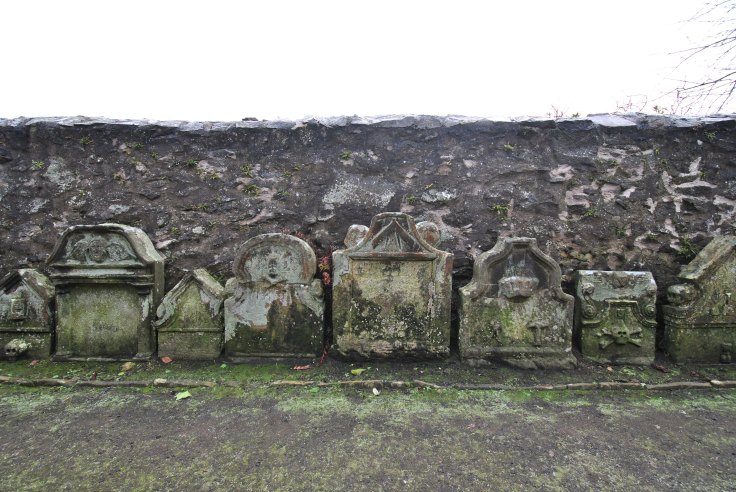 This row of old headstones came from within the church, when it lay in ruins (1790 – 1926). Aberdour buried the dead within the sacred walls of the church, now that it has been restored, the stones have been removed. They even had to remove a large tree that had grown within the building.

But this wall is not the only wall that tells a story in this graveyard. It also shares a wall with Aberdour castle with access to the castle grounds so the various owners of the castle had private access to church and graveyard.

The Countess of Morton greatly disliked being so close to the church; she had a new one commissioned further away. The decline began. The countess is long gone, the castle a ruin, too.

St Fillan’s goes back to the 12th century. The church was granted to the nearby Inchcolm Abbey. The bell in the tower came from the ruined St Bridget’s church in Dalgety Bay. It is a place of worship still. The healing well is gone forever.