What is now a graveyard, hidden away in the grounds of the University of Aberdeen, was once a church: The Snow Kirk. A rather unusual name for a church in Scotland. It goes back to Rome and the Basilica Santa Maria Magggiore, also known as Sancta Maria Maggiore ad Nives, Saint Mary of the Snows.

In French it is Notre Dame des Neiges, a cemetery in Montreal, Quebec, Canada is named after Our Lady of the Snows.

The name comes from a sign, the Blessed Virgin Mary is said to have sent to a young couple in form of snowfall on August 5, 352 in Rome. On a hill the snow is said to have drawn the shape of a church, which was to be built there in Mary’s honour.

In Aberdeen it is known as the Snow Kirk but not to many anymore. Known by a few and well hidden behind high walls.

Although built as a parish church, the Snow lost that function when its congregation was merged with St Machar’s in 1499. Although intended for students it continued to draw local people to worship, so that the merger had to be proclaimed again some eighty years later. The Rector of Snow was the University Grammarian who taught Canon Law as well as Latin. (Scalan) 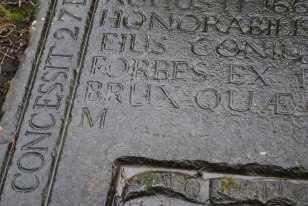 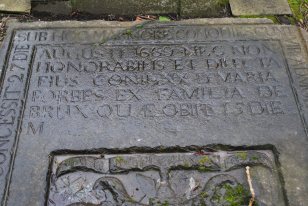 What happened to the Snow Kirk during the Reformation is a matter of debate. Canmore claims the building was demolished in 1640.

Fraser and the Catholic Scalan Association believe it survived the change of religion in Scotland. 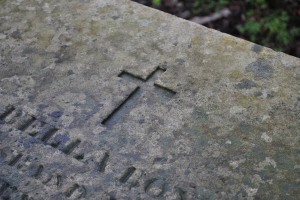 Catholic worship survived in an area where many influential people, starting with the Marquis of Huntly, were none too keen to carry through the intentions of southern politicians. And whatever state the Spital’s church may have been in, the Snow was far from ruinous in the illustration of 1688.  By then, however, the state of the walls was less important to the ‘Aulton folk’ than what had become hallowed as a place ‘within the whilk their friends and foirfathers were buried’. (Scalan)

The church is gone. The name remained. The Snow Kirk is now a graveyard, one where the local gentry and the University liked to bury their dead. Not all burial customs were appreciated by local authorities.

Burying was controversial.  Edicts of the local authority give us an idea of the battle for hearts and minds which went on for more than a century after Mary Queen of Scots was executed.

Aberdeen Burgh Council repeatedly sought to limit the number of people attending funeral wakes, and to deny the bereaved family’s right to offer hospitality: the sweetmeats known as ‘drogues’ were banned, along with desserts, but it was the liberal offering of strong drink on these occasions which really offended the burgesses. (Scalan)

Since 1776, prior to which no record exists, one hundred and sixty burials have taken place in the Snow Churchyard. Two Roman Catholic bishops lie there, Bishop Grant, and Bishop Geddes; many Roman Catholic priests and private persons, including several of the historic family of Menzies of Pitfodels, members of which played a leading part in the public life of Aberdeen for at least six hundred years.

As time wears on, however, burials in the Snow Churchyard become fewer and fewer, and in the last quarter of a century only thirteen persons have been carried there to their rest. But in a special sense they rest in peace, in a retirement accentuated by the nearness of ordinary dwellings and the bustle of common life, and their resting-place is hallowed, in some measure at least, by a history of more than three centuries of misfortune and decay. (G.M. Fraser: Historical Aberdeen)

G.M. Fraser: Historical Aberdeen, the Castle and the Castle-Hill, The Snow Church, the Woolmanhill and Neighbourhood, the Guestrow. Aberdeen, W. Smith; 1862,