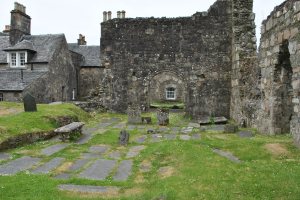 This is an ancient monastery, founded nearly 800 years ago by Duncan Mac Dougall, Lord of Lorn. thriving on the shores of Glen Etive it was the center of ecclesiastical life in this area for centuries until Cromwell’s troops burned it down in 1654. The adjacent house and beautiful garden are in private ownership.

Here, the most famous murder victim in Scottish history is interred, Colin Campbell of Glenure, the Red Fox, the victim in the legendary Appin murder.

A victim often overlooked for the tragic injustice of the alleged murderer’s hanging. But he was mourned as well.

His death, tragic as it was for his family, was very much a political showcase and his funeral a very public event. It was the Campbell’s cry for justice. The fact that a Campbell judged the murder trial an injustice of exceptional dimension. 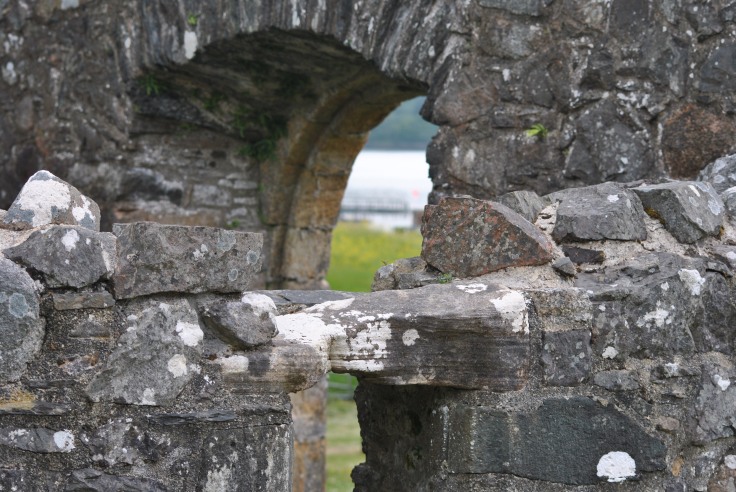 “…an impressive funeral procession moved … westward along the shore of Loch Etive to Ardchattan Priory. The priory, by then in ruinous state … had been founded in 1230…. Secularised after the sixteenth-century Reformation, the property passed into the hands of local Campbells…. And here Glenure was interred, in the burial aisle of the Lochnell Campbells.” (Holcombe)

The body was put on display in Barcaldine House (now a hotel but then owned by Colin Campbells half-brother Duncan Campbell) on the way to his burial in Ardchattan priory. The funeral had to be delayed so that all kinsmen were given enough time to travel.

“The red Fox haunts Barcaldine House because it was here that his corpse was laid for a time prior to his interment at Ardchattan Priory, located to the south on the other side of the hills. His ghost has often been spotted by vistitors to the house as well as tourists walking the glen.” (Love)

Campbell was buried on 26 May 1752, here, where his ancestors have been buried since the 15th century.

The priory is open to the public and has a number of beautifully carved stone slabs, one particularly elaborate sample is protected in a heavy wooden box. 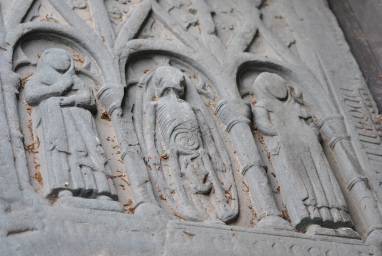 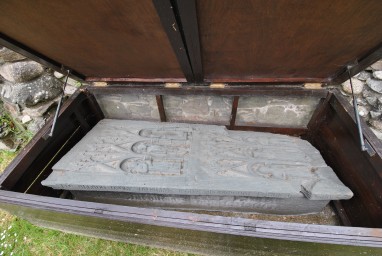