Soaring seagulls disturb the quiet evening blue with their shrieks. The distant waves lick the Glenelg shores in constant splashes. A peaceful place in quiet weather but the Sound of Sleat is a dangerous beast; a harsh and hostile wilderness difficult to be tamed. Wildlife is plenty. The Atlantic is brimming with fish, seals and otters.

Quiet lie the graves of Glenelg. 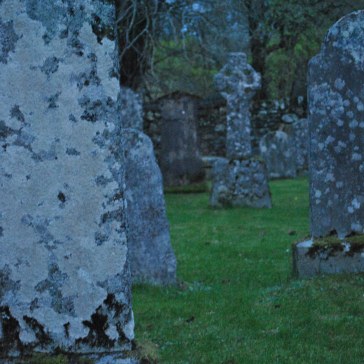 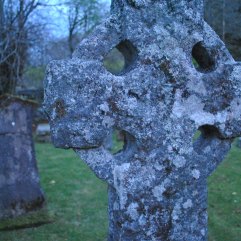 Glenelg is a favourite tourist spot and many travel down the long straight road from Mam Ratagan to the pretty village opposite the majestic peaks of the Isle of Skye. 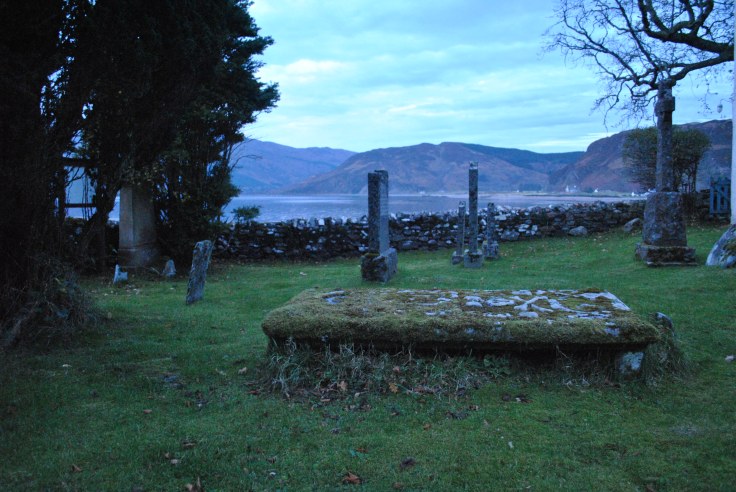 On 15 April 1957 one otter swam from Sandaig to Glenelg and enjoyed his freedom amongst the pebbles and driftwood on the shore. His name was Mij, the first otter that the writer Gavin Maxwell brought from the hot marshes of Iraq on a long and difficult journey by plane and rail to Wester Ross. Mij was his pet and the source of his lifelong love and dedication to otters; his focus and center of attention. His Mij! Unable to ultimately relate to people, the unhappy Maxwell found at least temporary happiness in living with otters.

To Big Angus, the roadmender, the tame otter was just a nuisance as he trotted along the walls of the little graveyard. So he fetched “a pick-head, with which he smashed the creature’s head in.” (Douglas Botting: Gavin Maxwell A Life; London, Harper Collins, 1994, p. 226)

A killing that was devastating to the writer Gavin Maxwell.

It took him a whole year berfore he could face coming back again to his home in Sandaig, just a few miles down the road from the graveyard.

He never forgot his beloved Mij.

Gavin Maxwell has died long since and his otter is no more than a faint memory in the blue twilight of the graveyard of Glenelg.