A church, that hasn’t been used for well over 300 years and an old burial ground that was last used in the late 19th century, a place nearly forgotten right next to one of the more prominent sights of Argyll: Ardchattan Priory, burnt down by Cromwell’s troops in 1654.

A few hundred feet above the old priory, founded in the 13th century, there are the remains of a church that was built two or three hundred years after the founding of the priory: the old Parish Church of Ardchattan, St Baedan or St Baodan (possibly St Modan). 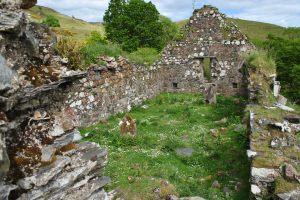 Few gravestones stand around the church ruin, some graves are inside the former building, on holy ground. The buried most likely craftsmen and respected members of the community.

Nobles and monks are buried below around and in the priory chapel.

The ruin enhances the sense of evanescence. Times crumbles. 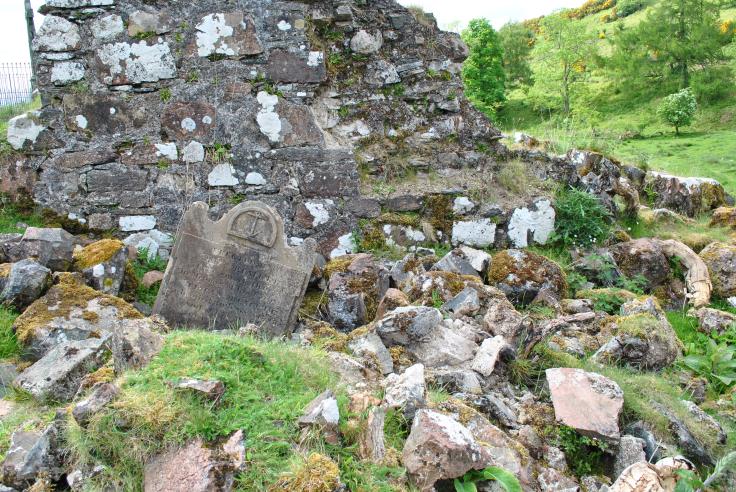 Up here, where the wind soars high over Loch Etive it is hard not to accidentally stumble over a grave while exploring the site, most slabs are so covered in moss and grass, they are difficult to identify. A few of the more recent headstones still remain upright, others have long since been hidden by nature. 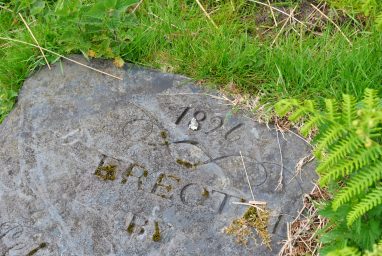 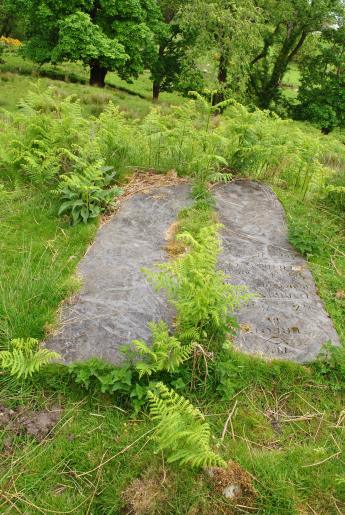 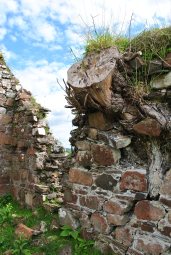 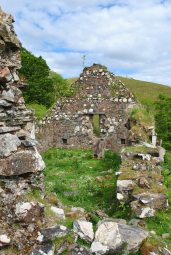 The ruined church was in use for a long time alongside the priory chapel that will have been a more exclusive place for worship than the one up the hill.

It is an ancient site with a holy well hidden somewhere behind the graves. Its water allegedly cures lovesick maidens when mixed with pearlwort.

It was impossible to find the well, it might have fallen into disuse, Scottish maidens probably do not cure their love sickness with plants and water from a holy well anymore.

W.H. Murray: The Companion Guide to The West Highlands of Scotland; Collins, London, 1968

Ardchattan: in the footsteps of St Baodan

One thought on “ancient ruin in Argyll”