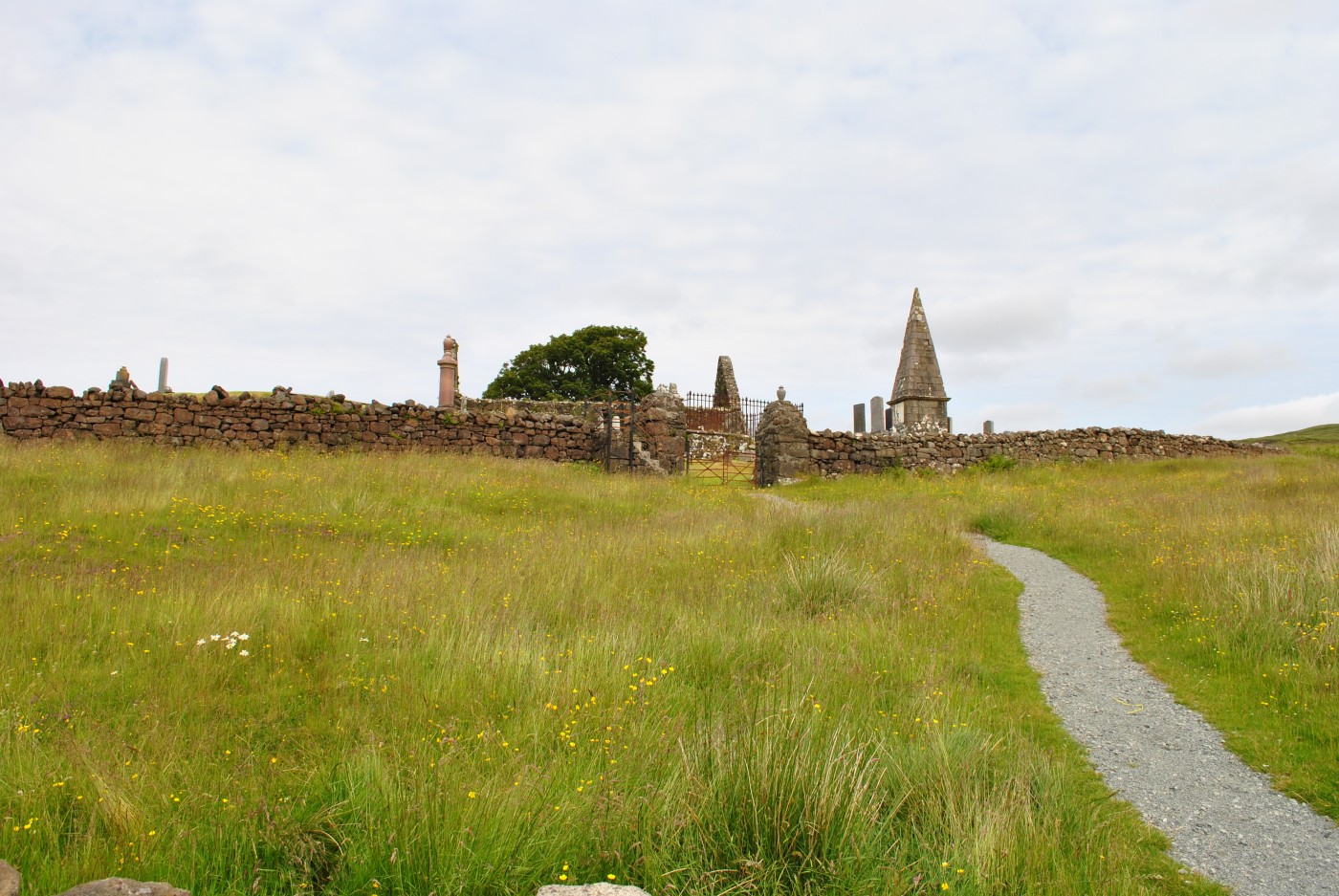 The Isle of Skye, Scotland’s beautiful wild island, where the majestic Cuillins loom and where the old tell tales of days long gone. An ancient place, mythical and magic.

The northern, windswept part of the island is called Trotternish, a place-name that tells of Norse invasions long before our time. The village of Dunvegan is mostly known for the castle of the MacLeods. The now ruined church of the graveyard St. Mary’s has for a long time been used as a family crypt of the MacLeods; five chiefs of the clan rest here.

It is an ancient place, many centuries old. And according to Martin Martin’s 17th century account in A Description of the Western Isles of Scotland, the parish turf has a certain “abdominal” power.

Once, there lived three men in the parish of St. Mary’s, John and Finlay Macphade and another one. As did many on Skye, the three went fishing whenever they could and would often spend a whole day out on sea.

Those were the days without onboard toilets and the three (so it seems) had difficulties  emptying bladder and bowel. They just could not do it on board.

Going back on dry land just for that was not only impractical but most of the time impossible and the Skye ship crews found it rather awkward to take any of the three mates along. The bellies of the three would swell and they’d be very uncomfortable for the day. They just could not do it at sea.

Until one fishermen had an idea.

He took a large piece of turf and tried to make them “do their business” on the turf, on the boat. Like they would at home. After a long time of refusing, one of the afflicted finally gave in and tried the turf at sea.

It worked. He could relief himself. To everyone’s great relief. The turf had done its magic. None of the three was ever bloated, again.

From then on, the story goes, ships that carried those three fishermen from St.Mary’s always carried a patch of turf on the boat.

They are long dead now and rest in the very turf of St. Mary’s graveyard. A rather odd final resting place, considering.