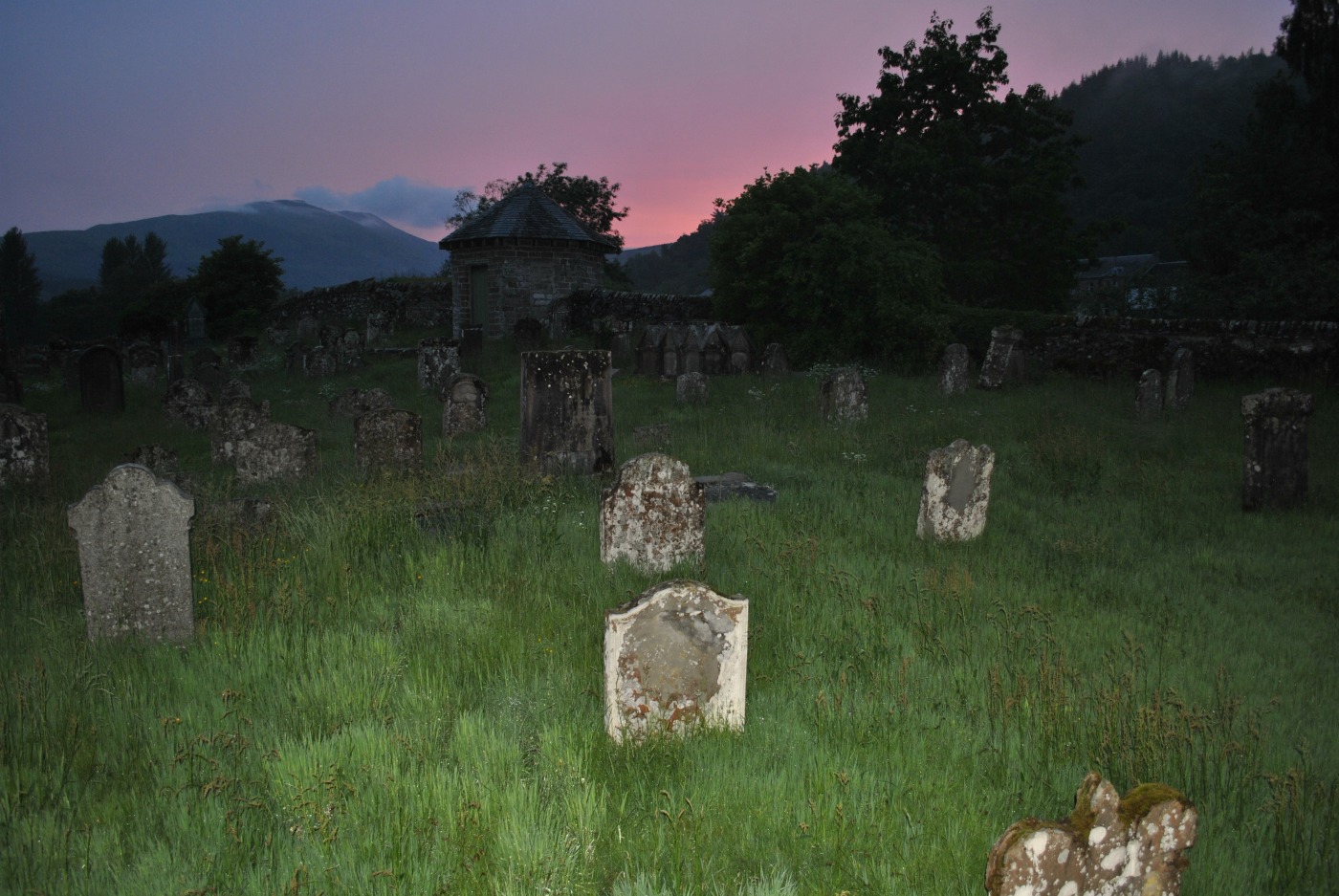 This graveyard is a very peaceful one, snuggling between the river and the old town of Callander, the Parish church is long gone. But there is a small building in the old graveyard wall, that tells a gruesome story. Not by day but by night.

Callander old kirkyard once was haunted by very creepy businessmen – graverobbers. They dug up fresh corpses to sell them to universities and surgeons, the so-called resurrectionists provided “material” for anatomy lessons and research.

Bodies were scarce in the early 19th century and the trade had become lucrative, medicine was making one discovery after the other, research was booming, and ever more students were entering medical schools. Digging up corpses was of course illegal, the criminals did not want to be caught, so they turned up at night. In Callander, where the graveyard is so close to the town center, they will have probably worked without using a light.

Of course, this was terrible for the relatives. Finding the grave of a loved one open and the body disappeared and imagining all sorts of things that would be done to it. What a horror!

Ordinary policing obviously was not enough so more and more watchtowers sprung up in areas, where the „trade“was booming.

Watchtowers were built all over the country. Guards were on duty at night, especially in the years between 1820 and 1830, the heyday of body-snatching.

These towers supplied shelter and warmth for the watchmen, Scottish nights can be cold, wet and unforgiving, especially in winter. It must have been a desolate job and creepy in the extreme but there were men who took it without flinching.

Where no watchmen could be paid or found, the local communities formed committees and organized the watch over the graves, especially members of the family of the diseased were expected to take part in the watch. Many did and some paid others to do it for them.  Understandibly so. A night watch on a kirkyard is not for everybody.

The watchtowers vary in style, from a common square to an unusual circular design. The watchtower in Callander was octagonal and you can just about imagine the flicker of a small fire and the shade of  two men warming themselves through the now blocked up window on a dark and wet Scottish night while shrieked through the dark.

Other means of stopping the grave robbers were morthouses, mortsafes, burial enclosures, aisles and mausoleums. The Scottish Anatomy Act provided the possibility to acquire corpses for clinical studies in a legal manner in 1832, bodies could now be donated to science and body-snatchers went out of business; bodies would be safe again.

The Law insisted that the remnants of such corpses should be given a decent burial within a coffin in a recognized place of interment, such as a kirkyard or a cemetery. Certification was introduced, so that the number of bodies supplied tallied with those returned for burials, and inspectors were appointed who toured colleges and surgeries to check that the law was not being abused.“

Callander now lies peaceful and quiet at night, the watchtower deserted, the gates of the kirkyard firmly  locked until the morning sun throws her first light on untouched graves. 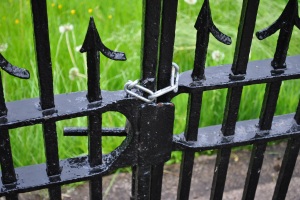 One thought on “light on untouched graves”