The path to Little Leny, the Buchanan burial enclosure starts here, in the floodplains of Callander Meadows in the Trossachs. To access the site you cross the former railway line. This field is the second step on the way to the ancient and picturesque graveyard.

And thy skull is a sort

The little Leny Buchanan  burial enclosure is very old, a chapel stood on this site once but was moved most likely because of the frequent flooding. The burial ground lies at the confluence of two rivers,  Eas Gobhain and Garbh Usige.

As a frog, foul and black,

Crawling out of the track,

So shalt thou ascend from the pit, 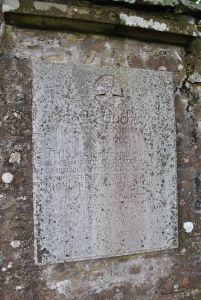 Here lies a famous Buchanan: Dugald Buchanan, also known as the Highland’s sacred bard. A poet and Calvinist preacher, a man of the word in many senses. His language was Gaelic and he lived at a time of great social, religious and economic uncertainty after the failed Jacobite Rising of 1745.

The English translation of his poetry gives a taste of the richness and stark beauty of Buchanan’s voice.

He also took part in the translation of the New Testament into the Highland vernacular – Gaelic.

Dugald Buchanan died in 1768 and is remembered by this stone in the wall of the enclosure where he was buried. A tragic death because he died of a fever that killed his eight children, too. 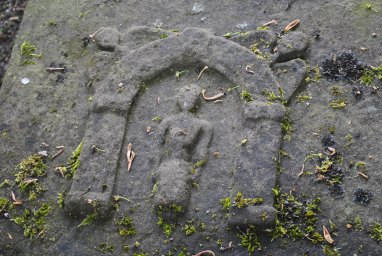 That tongue is now bound,

By death without sound,

Its slanders no longer polute;

Yet even in the grave

Be hopeful and brave

Thou shalt rise when the trumpet shall sound.

One thought on “The Highland’s sacred bard”