The Dalrymple Horn Elphinstone burial enclosure is certainly one of the most attractive in rural Scotland, built just after 1798 on Logie Durno (meaning old or hollow place) old parish church yard, an impressive memento for a rich family.

The Western façade is dominated by a typical large and looming pointed arch.

The burial enclosure is dedicated to James Dalrymple Horn Elphinstone, of Horn and Logie, who died young, aged only 37, he had no children. 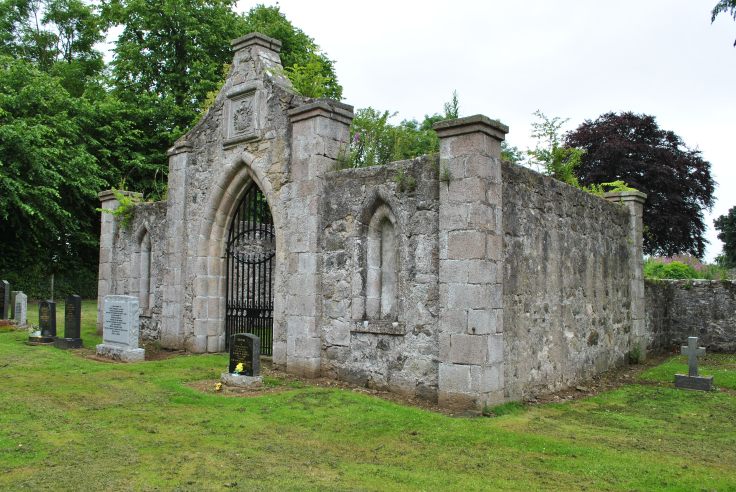 Margaret Davidson, the sole heiress of Midmar Castle when it was held by the Davidson family in later half of the 18th century, was married to James Dalrymple Horn Elphinstone. He died at sea in 1798 whilst returning from Lisbon, leaving a young widow. She organised the building of the family enclosure… 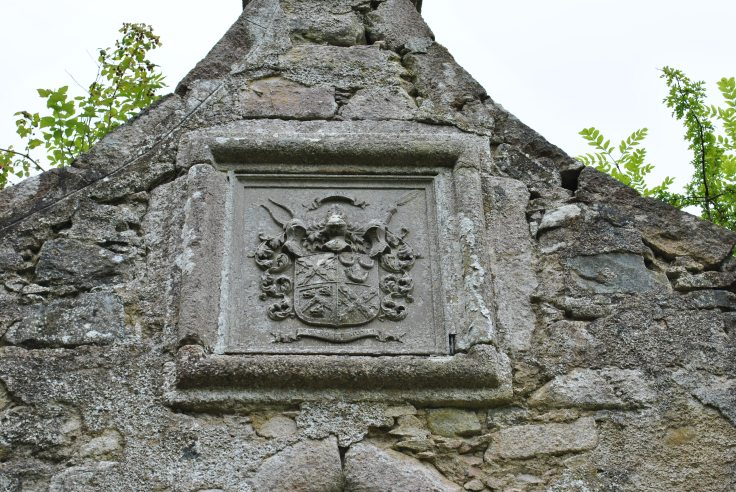 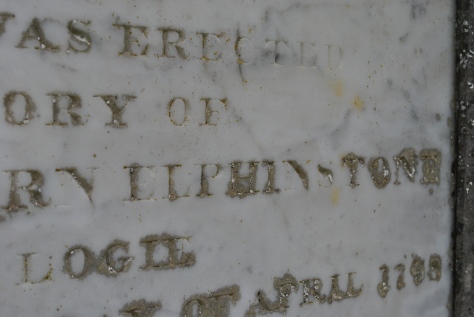 The Gothic memorial is not the only structure in this old graveyard.

The remains of a long, rectangular medieval chapel can still be traced at the back of the Dalrymple Horn Elphinstone burial enclosure. The church, dedicated to St. Mary was…

… an appendage of Lindores Abbey but became disused at the start of the 17th century when the parish of Logie Durno was united with Chapel of Garioch (1599).

One thought on “gothic memorial”